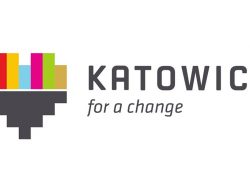 European taxonomy: “if it’s not binding, it won’t exist.”

Acting for Inclusive Cities : Making the city more accessible for the visually impaired

The Netherlands has built one of the most accessible rail networks in the world. From the app that “translates” what’s written on the signs to the staff that greets you at the train door, Dutch Railways has chosen to work on complete journeys, from point A to point B. The Dutch system effectively connects each stage of the journey, mixing the tactile, the digital and, sometimes, the human. This “chain” approach has enabled the 320,000 Dutch people with a visual impairment (2% of the population) to regain independence and freedom of movement without depending on others.

Technology at the service of disability

The Google Lockout application transforms the visual data detected by a smartphone’s camera into audio. It also makes it easier to locate objects, read signs and even labels. The application, installed on a smartphone, uses artificial intelligence to obtain information about the world around us more easily.

But technology can also intervene upstream, for example, at the design stage of a building. In the United States, an ophthalmic clinic has been set up anticipating all the problems that its patients might suffer from. Computer models simulated what clinical spaces would look like for patients with various visual impairments. These visualisations resulted in solutions that create an intuitive and visually comfortable environment. As colours that are too similar are difficult to distinguish, for example, only very contrasting colours were used for the interior fittings. Another challenge: the research team had found that patients whose eyes were dilated for their examination sought to shield their eyes from light and white walls. Adjustable lights that are both softer and darker were installed.

Designing cities and buildings with empathy means first seeing the world through the eyes of those who have difficulty seeing.