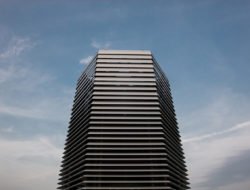 A tower for aspirating urban pollution 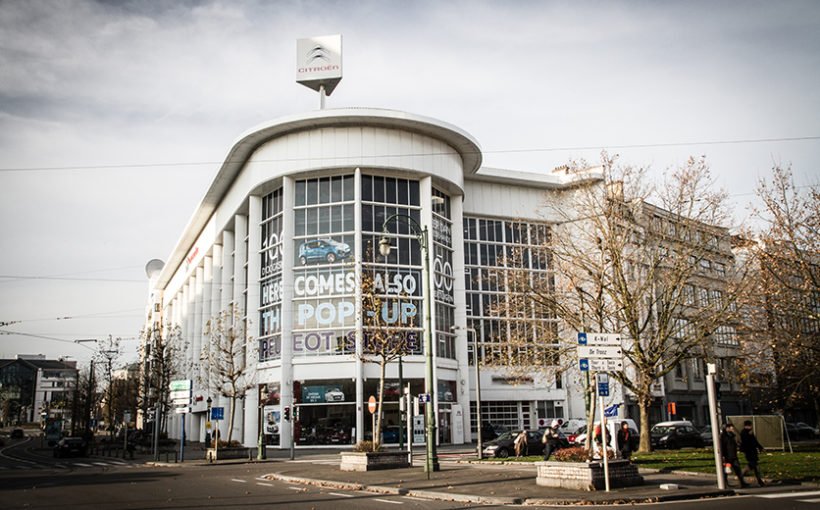 Magritte said he painted ideas rather than forms. Well, it is a very surreal idea that will take form in the old Citroën garage in Brussels. Initially conceived to house homes and offices, this 35,000-square-metre pearl of modernism beside the canal, Place de l’Yser, will finally be converted into a museum and a “cultural centre of global scale” dedicated to modern and contemporary art, and also to architecture. The public opening date is scheduled for 2020. With the aim of attracting one million visitors a year.

The cultural world was talking about the Guggenheim for a long time… An agreement was finally reached with the Pompidou centre in Paris to exhibit works from its precious collection there. The Pompidou centre is one of the world’s three biggest modern art stakeholders, along with the Tate Modern in London and the MoMA in New York. Although it has over 120,000 works – of which only about 10% are currently exhibited –, the Pompidou Centre has already decentralised a part of its collections, sending them to the galleries of the Metz Pompidou Centre, inaugurated in 2010, and to Malaga.

But make no mistake. The “Brussels Pompidou” will have its own soul: a Belgian sensibility cast in a European flesh. Brussels’ new cultural centre plans to acquire its own collections (on the reliable advice of its Parisian mentor) and will focus on Belgian architecture and art works. Serge Lasvignes, director of the Pompidou Centre, compares it to the Abu Dhabi Louvre where a great museum is helping to create another great museum.

The future Franco-Belgian cultural institution will occupy nearly half the floor area of the old garages, repurchased by the Regional Council in 2015 for 20.5 million Euro. 15,000 square metres will be devoted to the arts covering the period 1920-2020, next to which a space of 9,000 square metres will be converted into an “architecture museum“, which will be taken over by the Centre international pour la Ville, l’Architecture et le Paysage (CIVA) and all its collections.

An international architecture competition will keep more than one studio on its toes. It will be launched very soon to award the renovation by summer 2017. “This project involves turning industrial architecture into a museum. I like it a lot. It’s very like the Lingotto in Turin, that old Fiat plant converted into a cultural and shopping centre. Whereas at the Pompidou Centre, we did the opposite: we built a museum by playing with industrial architecture”, explains Serge Lasvignes, director of the Pompidou Centre. The works should start in 2018 and end in 2020, at a cost of 140 million Euro.

» Architecture, Culture, Other » A Pompidou Centre in Brussels by 2020