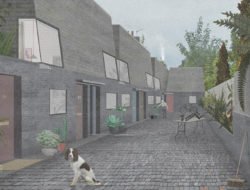 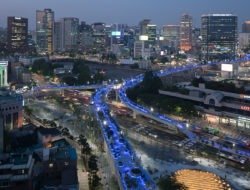 After the White House, a library-cum-museum

Now he is no longer at the White House, the former president has untiringly taken to the task of defending American heritage. He is thinking above all about young people, about the next generation that will straighten the country out. Barack Obama has his head full of projects. Big ones. The one closest to his heart is the Barack Obama Presidential Center, a cultural center that aims to welcome in the new generation of leaders. An ambitious project, which should come to life in 2021 in the city the ex-president loves most, Chicago.

The models have just been unveiled by architects Tod Williams and Billie Tsien. Not one but three buildings will rise in Jackson Park, a square created at the universal exhibition of 1893 and that gives onto Lake Michigan. The campus has been designed to take a library, building of which has become a tradition for former American presidents, but also a public park with a basketball court and a brand new recording studio.

At the north end of the site, a hexagonal tower will house the centre’s museum, while the buildings at the south end will house a library, an auditorium, classrooms, laboratories, meeting places and offices for the Obama foundation. “The Obamas made it very clear from the outset. More than a library or a museum, they wanted a lively center for citizens, Tod Williams explains. A center more assimilated with action and knowledge-sharing than a space devoted to books.“

The three buildings will be clad in light stones and large glass surfaces. The model also suggests that while the lower buildings will both have accessible gardens on their roofs. They will also contain large underground spaces, which brings the project’s total floor area up to 21,000 m². This building aims to reflect the cultural policy led by Barack Obama during his time in office . The couple planned to invest 2 million dollars in the project, but the total cost of the complex should come to 500 million dollars.

» Architecture » After the White House, a library-cum-museum