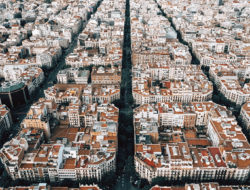 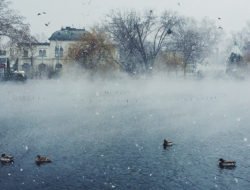 Amsterdam: a diamond in the city sky

How to transform a bulky and expensive historic building into a centre of the flamboyant creative industry? To find out, let’s head to the business district in Amsterdam.

The Diamond Exchange, built in 1911, is one of the iconic buildings of the Dutch metropolis. This sparkling building, enhanced with discrete touches of Art Nouveau, testifies to Amsterdam’s rich history in the diamond trade. Because of renovations the building had lost its identity, charisma and impact on the city over the years. The Capital C project has reinvented it by mixing historical (office space) and contemporary (event) functions. Now, history, public space and the vitality of a creative industry resolutely turned towards the future come together.  The ZJA firm was in charge of the design.

In addition to restoring the building to its former lustre, the aim was also to adapt the interior to modern office use, and to create a restaurant, an art centre and a meeting and event venue open to the general public.

The Diamond Exchange is now crowned with a spectacular dome whose many facets recall the diamond past of the place. This canopy of 45 x 21 metres (10m high) was built according to the principle of the inverted hull (or grid shell), which allows to benefit from the entire covered space but also to avoid bearing columns. This spectacular roof, whose non-geometric structure was designed with a parametric computer model, is transparent, lightweight and equipped with integrated solar cells that generate energy and prevent heat, keeping the indoor climate as comfortable as possible. In addition, this green roof acts as a buffer by limiting rainwater runoff, filters particulate matter from the air and captures CO2. The floor of this event space, 3D printed from recycled glass, has a cooling and underfloor heating system.

The Capital C project won many architectural awards in 2020.

» Architecture, Culture, Technology » Amsterdam: a diamond in the city sky