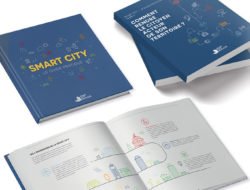 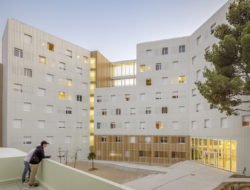 In Marseille, students will live in a wooden eco-residence

An architect imagines a hotel that will generate its own climate

No need to put a building under a dome to control its temperature and sunlight. Just use reflectors and skilfully play with the sun. Proof of this is the Vertical Micro-Climate Resort, a hotel of the future where you can stay all year round.

The latest IPCC report confirms it. In the future, controlling the heat and the level of sunlight in a building may be essential to cope with rising temperatures due to global warming. With this in mind, Vancouver-based architects firm Arno Matis designed a luxury hotel project called Vertical Micro-Climate Resort.

Winner of the “Radical Innovation Awards” competition, this building will be able to generate its own tailored climate. Without polluting. This is possible thanks to bio-climatic engineering that allows it to regulate – to the nearest millimetre – the thermal and solar inputs from the outside.

At the heart of the project: three concave towers of 15 to 18 floors, which extend on a vast circular platform of 450,000 m2. With railings running all along the terraces equipped with reflective panels. These redirect light and heat to the ground. By concentrating them as much as possible.

The giant towers, which will host rooms and suites, continuously store the sun’s rays by swivelling like a heliostat to align with the Earth’s rotation. Acting like real energy storage silos, these towers massively distribute heat and light in each part of the complex, thanks to the numerous openings provided in the building.

In short, everything has been planned to capture, condense and redistribute any sunbeams. According to the architects’ projections, the sun exposure rate would thus increase to 70%. “Our idea was to use both new technologies and state-of-the-art eco-friendly construction techniques to transform the climate of the spaces outside the building, so that they could be used throughout the year,” explain the architects of Arno Matis.

Share this article:
» Architecture, Environment, Other, Technology » An architect imagines a hotel that will generate its own climate