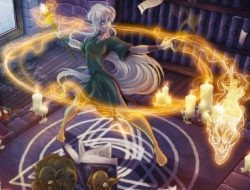 The city, an “augmented” playing field

A new 6.5 km² island could be created in the North Sea. Equipped with turbines, solar panels and surrounded by wind turbines, this huge offshore power plant would be able to supply electricity to 1 European in 6.

By 2050, the North Sea could have an additional 6.5 km2 island, the equivalent of nearly 1,000 football pitches. A totally artificial land, populated by immense turbines with, in the middle, a sort of central factory. Equipped with turbines for hydraulics, solar panels and surrounded by 7,000 offshore wind turbines, the island could mark a historic turning point for renewable energies. According to its promoters, it would be able to generate 70,000 to 100,000 megawatts of power, enough to satisfy the demands of 80 million people, being connected to the power grids of six European countries: Belgium, Denmark, Germany, The Netherlands, Great Britain and Norway. By way of comparison, the 58 reactors in the French nuclear fleet produce 63,100 MW.

The initiative comes from two European companies – electricity network operators TenneT (The Netherlands and Germany) and Energinet (Denmark) – who unveiled their plans at the end of March. The island could be built on Dogger Bank, a sand bank located 100 kilometres off the British coast. The depth is very little, which would facilitate the construction. What’s more, the area is particularly windy in winter and sunny in summer, ideal conditions to produce electricity all year round.

For the moment, many specialists remain doubtful about this pharaonic project. They have in mind some precedents, starting with Desertec, a megaproject that consisted of supplying all of southern Europe with solar power plants located in the Sahara. An idea that, with time, seems to have been buried in the sands. Experts also point out that it will take several years before the 7,000 wind turbines are connected to the grid.

The promoters of the North Sea Wind Power Hub, meanwhile, are aiming for implementation between 2030 and 2040. “This project may seem like science fiction, but it is quite realistic,” insists the Danish Torben Glar Nielsen, technical director of Energinet. The strength of the project lies in the connections, the cables that will be laid between the bordering countries and the future turbines. They will make it possible to “use 100% of the energy produced by the wind,” according to Energinet. “Whereas, for the time being, the average use is more like 40%,” due to problems with transport and storage in particular.

The North Sea Wind Power Hub already has the support of the Slovak Maros Sefcovic, the ‘Mister Energy’ of the European Commission: “This platform shows what human ingenuity can achieve when we work in a cross-border manner.” But its cost calls for the intervention of other partners. According to the Copenhagen Post, the bill would amount to a maximum of 1.2 billion euros, nine times less than an EPR nuclear power plant.