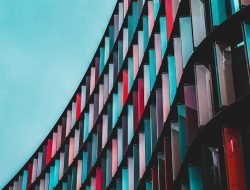 The countless advantages of renovation

What if construction was the solution to the climate...

An American manufacturer has just unveiled a housing unit designed using digital manufacturing techniques used in the automotive and aeronautical industries. An original idea that, if it spreads, should delight both manufacturers (cheaper, faster) and nature lovers (reduction of the carbon footprint).

The method developed by the modular construction start-up Assembly OSM in collaboration with the firm SHoP Architects is inspired by the way cars and aeroplanes are assembled. The prototype was designed in collaboration with automotive and aerospace engineers from Boeing, SpaceX and Tesla. Its ambition is twofold: to make construction faster and cheaper, and to try to resolve the housing crisis in the United States.

The technology makes it possible to create fully customisable, digitally designed apartments. The system was designed with developers in mind, for medium- to high-rise buildings. Thanks to this technology, margins are higher and lead times more predictable, while considerably improving the quality of the finished product, according to the manufacturer.

The software generates detailed instructions for building elements and passes them on to vendors who manufacture entire housing elements, such as bathrooms, kitchens, and facade panels. Then, the manufacturer uses a patented clipping mechanism to assemble the components like Lego. An astonishing timelapse documents the assembly of this prototype. You actually have the impression of being more on an automobile assembly line than on a construction site.

Assembly OSM says its approach can cut a project’s lead time by 50%, decrease its carbon footprint by 25%, and mitigate the unpredictable nature of construction, including reducing delays due to human error.