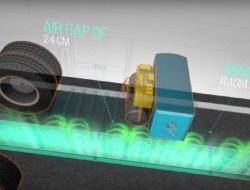 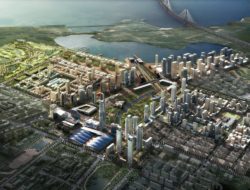 Bill Gates is going to build his own city

Smart cities are becoming less and less Utopian. After Google and its 100% high-tech district in Toronto, it’s time for Microsoft’s founder to unveil the details of his project.

Recently, Google’s parent company, Alphabet, announced plans to build its first smart city in a neighbourhood in Toronto, Canada. A few days later, Bill Gates, Microsoft’s founder, announced his own urban project.
The famous billionaire has bought 10,000 hectares in the Arizona desert on which to erect “Belmont“, his own “smart city”.

Belmont will be equipped with very high speed communication infrastructures and tools, enabling it to offer state-of-the-art data centre services, autonomous vehicles and logistics platforms … According to the first sketches, the city will have 80,000 residential units spread over 200,000 hectares. In addition, there will be 190 hectares dedicated to schools and 1,500 hectares to offices and retail space. “In terms of area and population, Belmont will be comparable to the city of Tempe (Arizona) and its 120,000 inhabitants,” says Belmont Partners, the subsidiary created by Gates to lead the project.

Bill Gates has invested $80 million to acquire the land. For the moment, there is nothing there but arid soil. But its location – in the middle of the desert – is far from inconsequential: it is on the route of a major highway under construction that will ultimately connect the city of Reno (Nevada) to Mexico City, through Phoenix and Las Vegas. For now, no deadline has been announced. But even before laying the foundation stone, Bill Gates’ project is already causing concern.

Given the scarce water resources in Arizona and the overexploitation of the Colorado River, which runs through the north of the state, environmental conditions could make the project inviable. And doubtless, a lot less clean than was thought. In Arizona, “ summers are getting hotter,” there is a “high dependence on electricity for air conditioning” and the state has “one of the dirtiest air in the country“, the Seattle Times rightly warns. And this is undoubtedly the biggest challenge for “smart cities”: to improve the quality of life and cohabitation of city dwellers, without jeopardising the environment.

» Technology » Bill Gates is going to build his own city