Berlin: illustrating its digital transformation through its new headquarters 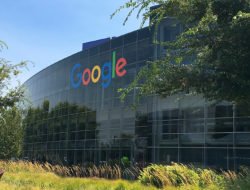 Budapest: pavements that capture the energy of the sun

Solar panels are no longer just for roofs. A Hungarian company, based in Budapest, has just installed the first solar cladding on a residential driveway

“Roofs are not the only surfaces that can be used for solar power generation.” This statement was made by Imre Sziszák, co-founder and engineer of Platio. This Hungarian company, based in Budapest, has developed a solar collector that is not intended to be installed on roofs but the ground, in driveways, paths, patios or pavements.Each square metre of these “solar pathways” is made from 400 recycled PET plastic bottles. According to the product video, this coating would be more durable than concrete. The company recommends areas ranging from 10 to 30m2, depending on the energy needs, knowing that 20m2 is enough to cover the energy consumption of a household for an entire year. The energy produced by these solar collectors is fed back into the power circuit of the house. These tiles are non-slip, they withstand the weight of a car, and a sheet of tempered glass protects its monocrystalline silicon collectors.

But these “home” collectors also have other uses. For example, you can use them to charge your electric car. Or, on a larger scale, install them in the public space and power an urban lighting system. Installing solar collectors on public roads is no longer a matter of utopia. An American company, Solar Roadways, even received funding from the Department of Transportation to develop this technique.

Besides, the Hungarian society has great ambitions and wants to “create a clean and autonomous energy future, which will make it possible to rethink urban life“. Platio now plans to develop solar façades.

» Architecture, Environment, Technology » Budapest: pavements that capture the energy of the sun