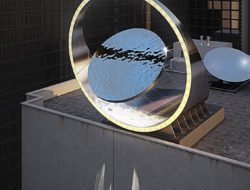 Giant mirrors to chase away the shadows from cities 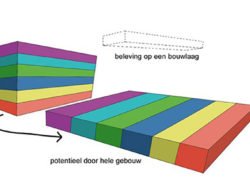 A village-cum-retirement home in the Netherlands

Co-build Brussels thanks to an app

In a couple of clicks, the ‘Brussels by Us’ app, allows inhabitants of Brussels to share their recommendations for the city. An initial step towards a collaborative town.

Brussels already had an app for comparing transport, measuring air quality and even for finding a parking space… There was just one app missing: one that would enable citizens to actively participate in the city of the future.

Now it exists! Thanks to the ‘Brussels by Us’ app, Brussels’ inhabitants and visitors will soon be able to share their thoughts and recommendations concerning the city in three of the capital’s neighbourhoods. The North District, the pedestrian zone and the U-square university site, located at the Ixelles barracks, are the three districts that have been chosen as test sites. Each district faces its own challenges, which is why the app will work on specific themes depending on the target audience and the district.

“‘Brussels by Us’ aims to stimulate the local ecosystem in a district and give impetus to improve the life of its inhabitants and visitors by resolving real issues,” Bianca Debaets, State Secretary for Digital Transition in Brussels, explains. “We want to highlight the ideas that Brussels inhabitants have for their neighbourhood. I am convinced that everybody has tangible and innovative proposals for improving life within their neighbourhood.”

The project has received 150,000 euros in funding and will be launched in April when a dozen or so relay antennas will be installed in strategic parts of the city. Residents, tourists, commuters and shop owners that have downloaded the app will receive a notification when they are close to a transmitter or will be able to scan a QR code on the antenna itself. The app will allow them to express their opinions on the neighbourhood by answering short, specific questions. The most popular answers will then appear on their screens.

The mobile app is available for iOS and Android and includes a map with all the available trackers. The project also encompasses a social aspect: in each neighbourhood, there will be an information and meeting centre in the form of ‘smart cafes.’ These smart cafes will be set up in partnership with local organisations.

» Mobility, Other, Technology » Co-build Brussels thanks to an app