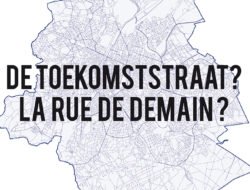 Ecological neighbourhoods are emerging all over Wallonia and Flanders, riding on the environmental wave. As this name has become a marketing argument for many developers, the Brussels-Capital Region is also working on its own reference system. The goal is to establish clear and objective criteria for what constitutes a sustainable neighbourhood or ecological neighbourhood. Piloted by Perspective.brussels, the SAU (Société d’Aménagement Urbain), Urban.brussels (formerly Brussels Urban Planning and Heritage, Bruxelles Urbanisme et Patrimoine) and the administration for the environment Bruxelles-Environnement, this reference system called “Be sustainable” should be published in September.

Bruxelles-Environnement gives little information for the moment but the concept will be much broader than just the build and will incorporate principles of diversity, green spaces, participation… The reference framework should also be binding: only projects that meet the established criteria will be allowed to call themselves ecological neighbourhoods. 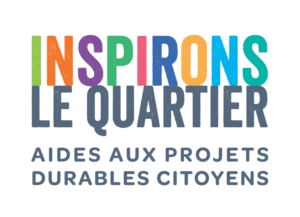 Neighbourhoods for the citizens

The Brussels-Capital Region also has a concept called “Sustainable Neighbourhoods for Citizens”. These calls for projects, initiated by Bruxelles-Environnement in 2008, targets citizens who want to set up a global project, such as turning a wasteland into a shared vegetable garden or creating a recycling and repair workshop. Today, some seventy-odd neighbourhoods have received a grant.

“Here, the aim is to include residents in the sustainable reflection on their neighbourhood. Everyone can become a source of inspiration through the “Inspire The Neighbourhood” programme. This year’s focus is on how to act collectively to reduce energy consumption and greenhouse gas production. With the neighbourhood, its inhabitants, the municipality and the associations,” explains Bruxelles-Environnement.

The people of Brussels have until 6 October to submit a statement of intent. They must then submit a complete project draft by 24 November. The jury will select the winning projects on 5 December 2019. The winners will benefit from professional support to ensure the technical development, methodological and group management aspects, and financial support of up to 15,000 euros.

» Environment, Other » How Brussels intends to develop its “sustainable neighbourhoods”