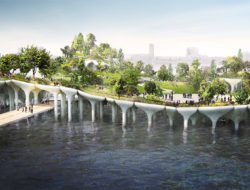 In New York, a new floating park to embellish... 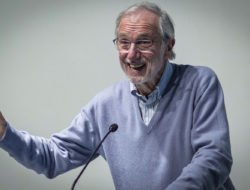 The architectural firm of Oslo designs the masterplan for Budapest South Gate, a new district of the Hungarian capital. Its mission: to build a residential neighbourhood for 12,000 students with numerous educational, recreational and sports facilities.

It is a small firm on the rise. It has designed the Lascaux IV Art Centre in Dordogne, the new library of Alexandria, the underwater restaurant Under and the renovation of Times Square in New York. But for the past few months, the international architecture and design agency Snøhetta has been working on a completely different project. And not a small one, as its mission is to create a new district in Budapest. With a strong identity. On the site of a former industrial wasteland of 135 ha. With student residences, offices, shops, research laboratories, business incubators and start-ups, Budapest South Gate aims to inject life into a deserted area of the Hungarian capital. According to the Oslo firm, this new district will consist of a very “colourful and dynamic” urban fabric. It will be equipped with numerous educational and sports facilities, in particular with a stadium of 15,000 seats.

The Danube as a link

Focusing on a stronger connection with the Danube, the Snøhetta project includes the construction of a new canal to form a peninsula. The area is conceived as a real “student island”. Another major asset of the project is the multitude of green spaces with many new public urban spaces along the river, parks and leisure areas.

The icing on the cake: Budapest South Gate will also be connected to the future railway station of Danubius. Currently under construction, the peninsula south of the Hungarian capital is part of the “Budapest 2030” plan – an urban development strategy that aims to make the city more sustainable, energy-efficient and socially responsible. 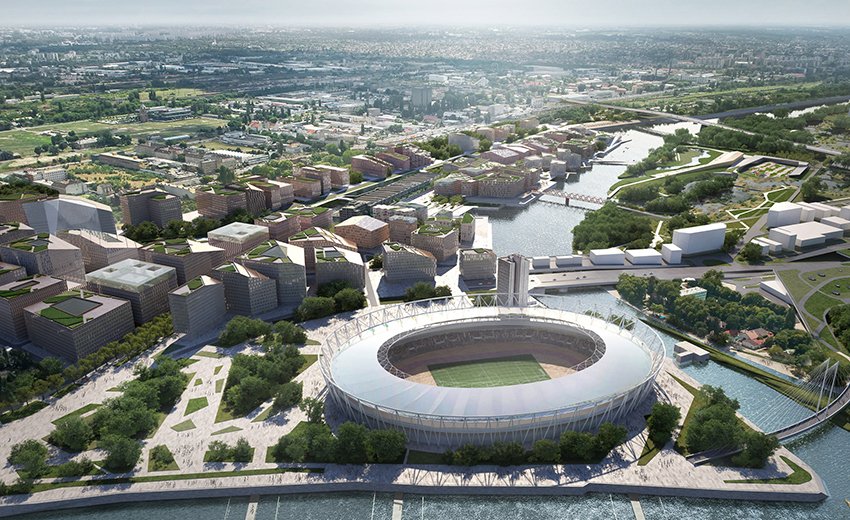 This programme, supported by the Hungarian government, foresees the development of some 62 real estate projects in the Hungarian capital worth over EUR 3.39 billion. These colossal investments include cultural, sports, education and infrastructure projects. Between 2020 and 2026, the EUR 589 million “Liget Budapest” project is also expected to be completed. This largest and ambitious urban cultural development in Europe, includes the complete renovation of the city’s most emblematic public parks. This future green oasis in the middle of the city will soon offer unparalleled leisure and cultural experiences to both Budapest citizens and tourists from all over the world. The real estate objective: to build new buildings on the fringes of Budapest’s parks or on the plots of pre-existing buildings.

Thanks to a revitalisation programme ending in 2021, the capital will see the parallel development of the Hungexpo Exhibition and Conference Centre, as well as an arena for 20,000 visitors and a new athletics stadium. In the meantime, EUR 1.34 billion of public investment is expected to be spent on four transport development projects, including the massive purchase of trolleybuses and trams. In addition, some EUR 819 million is expected to be spent on the development of railway lines in the suburbs of Budapest, for better mobility on a large scale.