An architect imagines a hotel that will generate its... 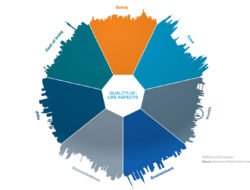 How smart cities will impact on the lives of... 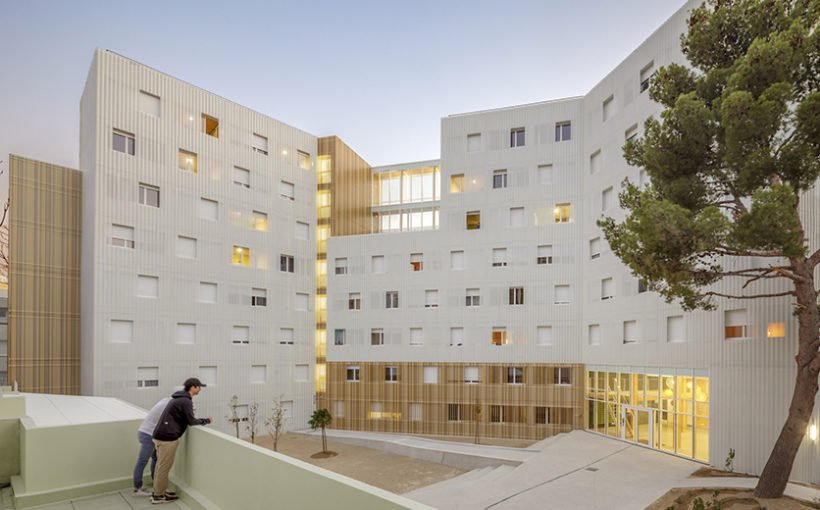 In Marseille, students will live in a wooden eco-residence

Who said that a university residence has to be tiny, unsanitary and dark? In the Baille District of Marseille, three eight-floor towers make the Lucien Cornil University residence one of the largest wooden buildings in France, creating a definitely zen living atmosphere.

Not so long ago, a high-rise wooden building was only possible in the world of research. In the last three or four years, however, the number of buildings of six to twenty floors or more has increased. This is also the case in the District of Baille, in Marseille: three eight-floor towers make the Lucien Cornil University Residence one of the largest wooden buildings in France. With all the advantages of this material: limited environmental impact and excellent thermal performance.

“From the outset, we opted for a wood solution because it offers advantages in terms of delivery – between 20 and 30% faster than the concrete option,” says Philippe Cervantes, associate architect of A+ Architecture. The absence of heavy equipment (apart from the tower crane), and thus of noise pollution, was one of the key elements in the success of this project located in a particularly dense area. “On the fire resistance side, firefighters like wood because it burns more slowly than steel and petrochemical materials.”

The building, 22m high and with a floor area of nearly 5,600m2, consists of a structure of laminated spruce and CLT panels (Cross-Laminated Timber), wood-frame walls with PVC joinery and shutters which were integrated in the workshop. Only the foundations, stairwells and elevator shafts are made of concrete.

A+ Architecture has designed the buildings as a place where students will replenish their energy: they come with shared spaces, large halls, a green courtyard, as well as an interior that offers a natural look, reinforced by the perforated and openwork facades that filter the wind with its woody fragrances and daylight. Everything matches to make an intimate and relaxing place for its residents.

Launched in the summer of 2017 at the request of Crous Aix-Marseille, the project was completed this summer. There are 200 studios of 16.5m2 and 27m2, offered for 138 to 450 euros rent. For Crous, the operation is the culmination of a project that took eight years to reach maturity. “This is an example of property optimisation. The university residence occupies the land of a former university restaurant that was located in an imposing building of 2,000m2. It had been abandoned for twenty years and had become a burden. After considering to restructure the land, we decided to proceed with its asbestos removal, and then to reuse the land by respecting the local urban plan,” says Pierre Richter, director general of Crous Aix-Marseille-Provence. Low carbon footprint, cheap rent and zen atmosphere, one would almost want to resume their studies.

» Architecture, Mobility, Real Estate » In Marseille, students will live in a wooden eco-residence