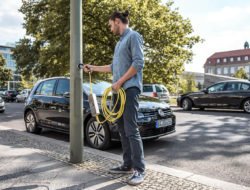 London transforms its street lamps in to electric charging... 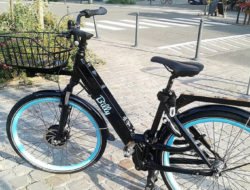 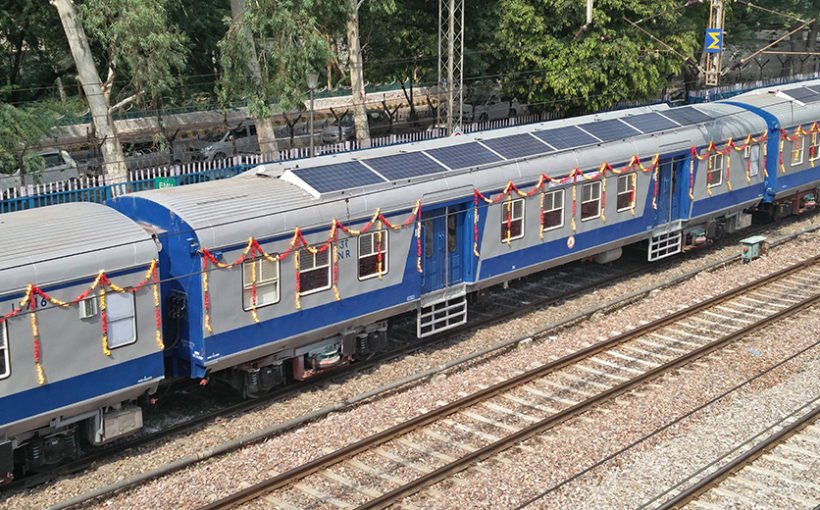 If you thought China was the only country trying to improve its carbon balance, think again. In India, railway carriages will now come equipped with solar panels.

That’s something new in India. After having built one of the world’s largest solar power plants, the country has just inaugurated its first ‘photovoltaic’ train. Since July, this train has been running daily from New Delhi to the town of Garhi Harsaru in northern India. That represents about 50 kilometres with minimum use of diesel fuel. While it gives the train at least 72 hours of autonomy, sunlight doesn’t yet allow the train to run 100% clean, though it does power on-board electrical devices (lighting, air conditioning, screens, etc.).

Made up of six carriages, the train has about 16 panels, each with 300W of power (4.8 kW total). The surplus is stored in batteries, which are also installed on the roof. Result: each train saves 21,000 litres of diesel fuel a year, since the solution replaces power generators normally installed on board. The impact is such that Indian Railways, the national railway company, estimates 24 new models should enter into service in the next six months.

With its 1.3 billion inhabitants, India is the world’s third largest consumer of electricity. And just like in China, solar power is starting to replace coal. As well, the Indian government is being quite ambitious and has set itself the goal of supplying 60 million households with photovoltaic energy by 2022. It’s a daring yet realistic bet, since the price of photovoltaic energy has dropped by a quarter since 2009 and should decrease by another 66% in 2040. This means that by then, one euro will get us 2.3 times more solar power than it does now.

In Europe, Belgium is the pioneer of solar-powered rail. The whistle blew for the first departure from Antwerp station in 2011. Since then, the train has been running on electricity produced by 16,000 photovoltaic panels installed on top of a 3.6-km long railway tunnel, on the high-speed line between Antwerp and Amsterdam. The system supplies not only the train but also infrastructure at stations (signals, heating, lighting). On the down side, it still hasn’t helped lower fares.