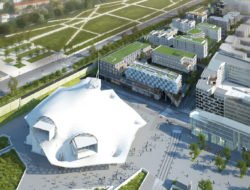 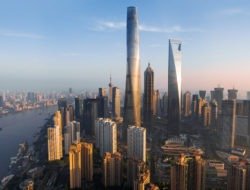 Shanghai puts the city in vertical 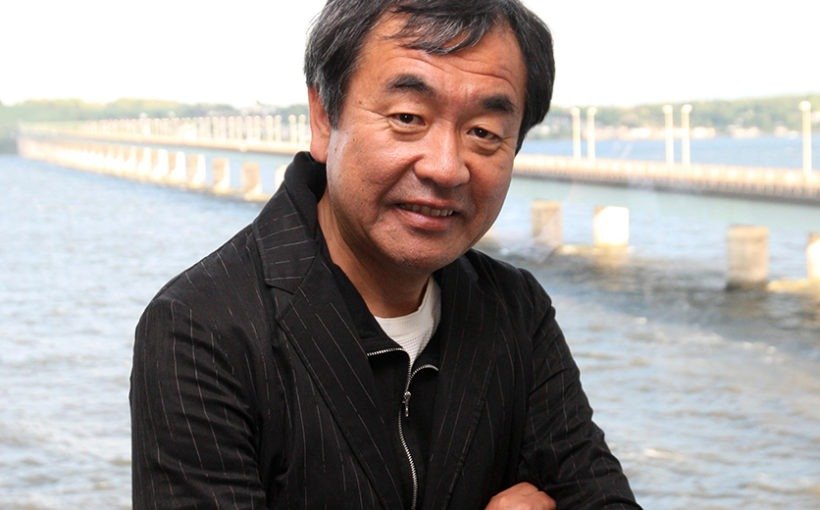 Kengo Kuma definitely has no delusions of grandeur

The Japanese architect Kengo Kuma is currently working on a string of projects all over the world. Presented as one of the spearheads of sustainable architecture he has just been rewarded with a Global Award for Sustainable Architecture.

Launched on the initiative of the Locus Foundation, these rewards salute the work of international architects who are pioneers in the use of responsible, sustainable methods. Addressing the meeting at the Cité de l’Architecture et du Patrimoine in Paris, Kengo Kuma took the opportunity to present his vision of sustainable cities.

Is modern architecture basically about building ever bigger and higher? Not for Kengo Kuma. Although he remains the author of mammoth projects – he will build the new olympic stadium in Tokyo for the 2020 games – the Japanese architect today aged 62 advocates a human-scale architecture in order to better integrate it with the natural environment. Back in 2008 , his manifest “Anti-Object : The Dissolution and Desintegration of Architecture” sketched the outlines of a philosophy that seeks to put our buildings back in harmony with nature and no longer to dominate it. It is embodied specifically by an approach that plays with the effects of natural light and uses traditional materials.

The legacy of Fukashima

Since “Anti-Object” was published, a major event added weight to Kengo Kuma’s thesis: the Fukushima catastrophe in 2011. After the earthquake that wrecked the entire Japanese nuclear industry, Kengo Kuma delivered his own reading of technological evolution: a world that will gradually go from the big to the small, that will learn to go without its big systems (such as nuclear energy) and will lead Mankind to transform itself. He thus recommends “using our hands and our animal cunning to create our nest and our energy.” “
The author in passing also considers the dogma of concrete and steel, believed up to now to be capable of resisting nature but that have demonstrated their limitations when the elements have unleashed themselves. He therefore appeals for smaller structures, using techniques inherited from traditional crafts. Tradition dictates. He has no qualms about cladding new wall constructions in thatch, partitions in rice paper and structures in bamboo. He also redevelops the “chidori” technique taken from a children’s building game, consisting of assembling beams to create a solid structure. Testimony to this is the building he created for Starbucks Café in Tokyo, which rests on an entirely wooden structure.

The organisers of the Global Awards were highly taken with this approach and stressed the use of “materials that are not only sustainable but also offer a great number of social, historic and philosophical benefits.”

A profusion of projects

Kengo Kuma’s work is however not confined to small-sized projects. Like any internationally famous personality, the architect is in great demand. He has also just revealed the plans for a future residential tower in Vancouver which will have a surprising profile….curved. Nearer to where we live, the Fonds Régional d’Art Contemporain (FRAC) in Marseilles and its multitudinous independent glass panels or the Cité de Musique in Besançon and its planted roof have made quite an impression.

See some of Kengo Kuma’s projects

» Architecture » Kengo Kuma definitely has no delusions of grandeur

One Response to Kengo Kuma definitely has no delusions of grandeur