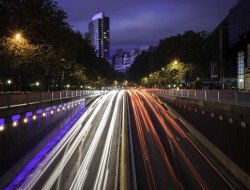 Brussels: what do we do with the urban expressways? 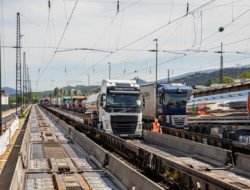 Lyons: a transformation coming up in 2030

France has not escaped the urban expressway problem. According to the wishes of President Georges Pompidou, it is “the city that has adapted to the car”. Lyons hasn’t escaped the phenomenon and has the big North-Europe motorway A6/A7 crossing the city from one side to the other. “The initial objective was to create huge metropoli by copying US cities, Olivier Roussel, director of metropolitan assignments and strategies at the Lyons Urban Planning Office, says. At the time we thought that these urban expressways were going to irrigate the various districts and stimulate economic development by leading the car to the city centre. Expressway “slides” poured torrents of cars into cities at 60 miles an hour! Instead of helping develop the city, this situation sterilised public areas. ”

In the 80s and 90s, the arrival of the tramway in Lyons gave fresh impetus to the debate about public areas and the necessary balance between the cars and pedestrians. “The city had to be de-adapted from the car to give it back its attractiveness, Olivier Roussel explains. We are working on two areas. Firstly, regional reconfiguration policies which are progressing step by step, incorporating tramlines, parks, signposting for bicycles, bus lanes, reclamation of the banks of the Rhone, the reclassification of certain segments such as urban boulevards, etc. Secondly, for the 2030 time horizon, we are working on the project to reconsider the A6/A7 and the looping of the ring that is not yet finished on the West side. This huge project goes hand in hand with the densification of the city, which should go from 1.5 million to 2 million inhabitants by 2030. The ring road will then play a hybrid connection role, combining cars and public transport in order to link up the various districts, skills centres, announce events, etc.

» Mobility » Lyons: a transformation coming up in 2030