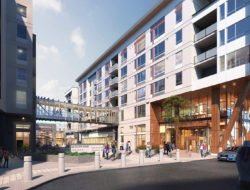 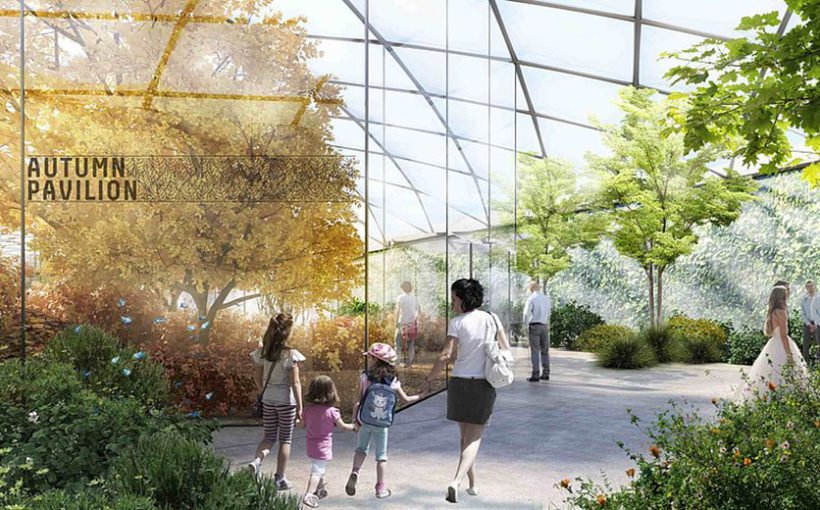 Milan: four seasons under one roof

Want a summer stroll at any time of the year? It will soon be possible at the Garden of the Four Seasons, an amazing biodome under construction in Milan.

This covered garden, designed by the studio Carlo Ratti Associati in collaboration with Barbara Römer, will be located in the Fiera di Milano district. Precisely on the site of the former exhibition park, which will be converted into a mixed area, bringing together housing, shops and office space. Under a vault of more than 2,500m2, the garden will offer four seasons in one day.

Far from being an energy-intensive extravaganza, this is a zero-emission project, which will use a series of principles of sustainable construction. Its energy consumption will be almost zero. The roof, made of a transparent plastic membrane (the same material used to cover football stadiums), will be equipped with digital sensors, which will allow to adjust opening and closing the roof, but also to regulate the inside temperature and lighting. It will also be equipped with photoelectric cells, which will be used to produce energy, which is redistributed between the four seasons present in the dome. This energy can either cool the air “in winter” or warm it in the summer area.

Rainwater will be collected and redistributed in each part of the garden, depending on the “climatic” conditions required by each area.

In addition to its playful aspect, this ecological greenhouse has the ambition to challenge its visitors about the climate emergency. But also to develop a sustainable principle of the Internet of Plants, a connected technology allowing to collect data on the state of the crops (humidity, need for watering, input of fertilisers) and on the plants’ proximate environment (quality of soil and air, wind speed, intensity of solar radiation, rainfall…).