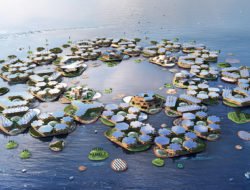 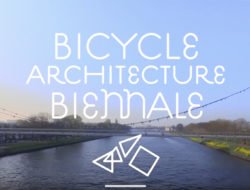 The 5 outstanding projects of the Bicycle Architecture Biennial

Planting trees in the city to combat climate change

A few days after the heat wave that raged across Europe, the City of Paris presented a new cooling plan. On the agenda: more green spaces, less bitumen and better care of the population. Cities have several disadvantages: the sun is trapped in the streets, soils do not absorb water and do not cool down, air is not renewed, and high human activity creates more heat emissions. As a result, when mercury climbs, cities like Brussels, Paris or London suffocate.

Paris is particularly sensitive to high temperatures because of its density and human activity. “The city is facing the phenomenon of urban heat islands, that is to say that the temperature there is on average 3°C higher than in rural areas“, describes Marjorie Musy, specialist of urban cooling. “When there’s a heat wave, this difference can be as much as 8 to 10 degrees. And by 2050, we could have a heatwave as the one of 2003 every other summer, hence the urgency to act.”

Beyond pleasure and decor, the role of trees is essential to fix CO2, absorb fine particles, shade the city and cool it by battling against urban heat islands. The city is also experimenting with innovative measures such as “oasis” school courses open to all, with access to shade and water. These fresh spaces should be able to accommodate Parisians, who all live within 200 metres of a school. 10 of these courses will be piloted in 2020.

“The most effective solution for refreshing a city is the tree, which brings real comfort to city dwellers while preventing the surface temperature from rising too much,” explains Marjorie Musy, a researcher at Cerema in Nantes specialising in urban planning and urban cooling techniques.

» Environment, Other » Planting trees in the city to combat climate change