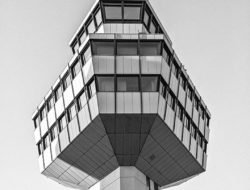 Berlin: the pharaonic project of the former Tegel airport 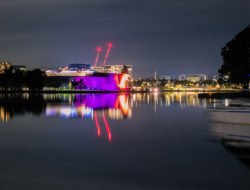 Do you know the most sustainable city in the...

Spain: imagine a home… without a house

Here is an original artistic installation: an architect imagined a dwelling that “floats” in the air, without walls or roof. To underline the importance of the human being in the home.

Art beautifies cities, gives them life and makes them attractive. For those who live there, work there, relax there or just pass by. Habitare is an artistic performance, a temporary and spectacular installation that saw the light of day in Olot, near Girona in Spain. The architect and plastic artist Xevi Bayona (Bayona Studio) started from this simple premise: a house is a unit made up of a solid structure, humanised by the inhabitants, the furniture and the objects that fill it and that faithfully and silently accompany the life of an individual, of a family, of several generations. He had fun “dressing” and furnishing a support scaffolding that had been installed against a house following the destruction of the neighbouring house. As if this scaffolding itself was a transparent structure housing a home.

People pass by, but the furniture remains: like a memory, like witnesses, to evoke those who are no longer there, sometimes to reveal their secrets.

And then, from time to time, in the city, a house disappears, replaced by a vacant lot. Or by a structure that is just there to support the neighbouring house. A structure that then acts as a crutch. Habitare (to live, in Latin) is not a house, but this installation reminds us, formally, with its metallic lines, that there may have been a soul there, that there was life.

An urban actor, himself an architect, Xevi Bayona, has created a “house without a house”. To both furnish urban voids and revive the souls of old houses without a house’s limits or physical supports. And without its inhabitants.

» Culture, Other, Real Estate » Spain: imagine a home… without a house