Construction: but where does wood come from? 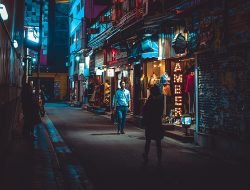 The world’s best building 2021 is in Copenhagen

CopenHill, the famous waste-to-energy plant in Copenhagen, was crowned World Building of the Year 2021 during the World Architecture Festival which took place online this year.

The project, designed by Danish group Bjarke Ingels and also known as Amager Bakke, competed in the Generation, Energy and Recycling category. Rarely does an industrial building win the top award. It must be said that CopenHill considerably broadens the definition (and expectations) of a building in the energy sector, since it comes with an impressive sports and leisure programme. Judge for yourself: a ski slope – with a ski lift! – a hiking trail and green areas, the highest artificial climbing wall in the world on its vertical facade (85m), as well as a rooftop bar, a crossfit space and a panoramic rooftop overlooking the city.

Paul Finch, the Festival director, praised the way CopenHill “addresses the role of architecture in the new world of recycling and zero carbon”, adding that this type of infrastructure inspires people to say “yes in my backyard” rather than “no” (an allusion to the famous Nimby syndrome). “This project encourages designers to think beyond specifications, champion ideas, and overcome political and economic barriers in pursuit of social good. And it reminds us that buildings can be fun”, concluded Paul Finch.

This waste incinerator, built between 2013 and 2016, is part of the Danish objective of carbon neutrality in 2025 (much earlier than the recommendations of the Paris Agreement which speaks of 2050). The plant burns 440,000 tonnes of waste annually and supplies electricity to 30,000 households, as well as heating to 72,000 homes. A fun detail to finish: each time a tonne of CO₂ is burned in the factory, it emits a huge ring of steam, visible from all over the city, in order to raise awareness of the inhabitants of their carbon footprint in a light-hearted way.

» Architecture, Other, Real Estate, Technology » The world’s best building 2021 is in Copenhagen