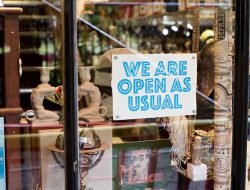 Ways to revive commerce in the city centres

Paris: The city in the heart of the office,...

It is a fact: in an urban environment, a forested area can reduce the temperature in the shade of its trees by two degrees compared to the rest of the city. Here are two exciting examples that are in full development, with the ambition of engaging citizens in a new green culture, essential in tackling the near future.

To combat climate change and pollution, Madrid has decided to build a living wall around the city. A 75-kilometre-long urban forest planted with almost half a million new trees. The project will also use abandoned sites between the roads and buildings to help absorb 175,000 tonnes of CO² each year.

‘What we want is to improve the air quality across the entire city,’ Mariano Fuentes, Madrid’s city councillor for the environment and urban development, explains. ‘This initiative will help combat the heat island effect, absorb greenhouse gases generated by the city and link all the forests that already exist around the city.’

Artist’s view of the future urban forest in front of the Hôtel de Ville in Paris.
© Ville de Paris/Apur/Céline Orsingher

In Paris, a similar project is finding it more difficult to emerge. The French capital was preparing to establish four permanent urban forests, following an announcement made in 2019. Anne Hidalgo, the Mayor of Paris, planned to have four emblematic sites planted with vegetation: the square in front of the Hôtel de Ville, the square at the Gare de Lyon, the square behind the Opéra and a path along the banks of the Seine. Two years later, two of these four projects are already at a standstill and the other two have no specific completion date. The project was ambitious: on two of the four sites, the first level of underground car parks was to be replaced by earth, so that large trees could take root. The whole project seems to be facing ‘heavy technical difficulties’, mainly related to the underground networks. But the city has already announced three other similar projects, where the use of the subsurface is still untouched.