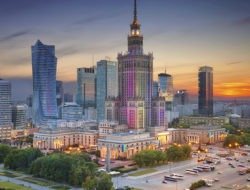 Why invest in Eastern Europe 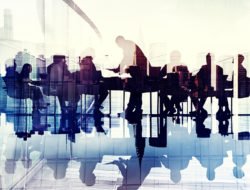 Every year since 2006, the Skyscraper Competition has been rewarding architects with visionary ideas. For the 12th edition of the competition, the organisers received 444 projects. The three winning projects include a modular building, a vertical factory and a vertical spiral-shaped tower. Presentations.

To challenge the way buildings are designed while taking into account the material, energy and technological means available today. This is the quintessence of the Skyscraper Competition, an international architecture competition, organised since 2006 by “eVolo” magazine. In theory, all the projects are feasible. But among the 444 projects analysed, the jury rewarded those that provided the most innovative solutions to real urban, social and environmental challenges.

The first prize was awarded to two Polish architects, Pawel Lipinski and Mateusz Frankowski, for the Mashamba project. Their proposal: a modular building designed to increase farming opportunities and reduce famine in Sub-Saharan regions. The tower would be both a vertical farm and a centre for teaching farming techniques and for distributing seeds to the local population. The tower would be modular. It could thus grow with the arrival of new farmers. Made of light materials, it would also be mobile, so that it could be moved from one region to another as soon as the local community becomes self-sufficient. 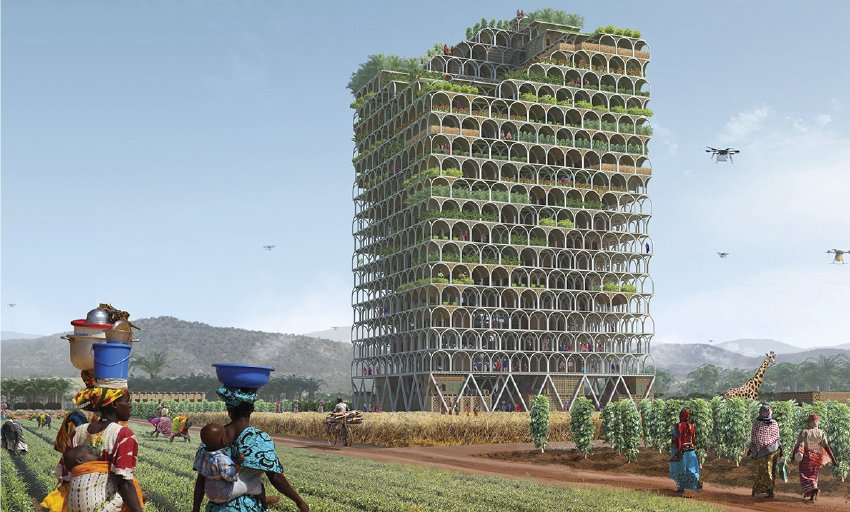 Second place went to a US duo, Tianshu Liu and Lingshen Xie, for their Vertical Factories in Megacities project. Their wager: the return of factories to the city and no longer on their outskirts. Designed for the capital of the Philippines, Manilla, this “productive tower” is presented in the form of alternately superimposed vertical layers. Each storey has its function: the ground floor would have a waste storage centre. Waste could be recycled there or transformed into new raw materials, into biomass or other energy sources. The upper storeys would host an electric power station and also a water treatment and purification centre. 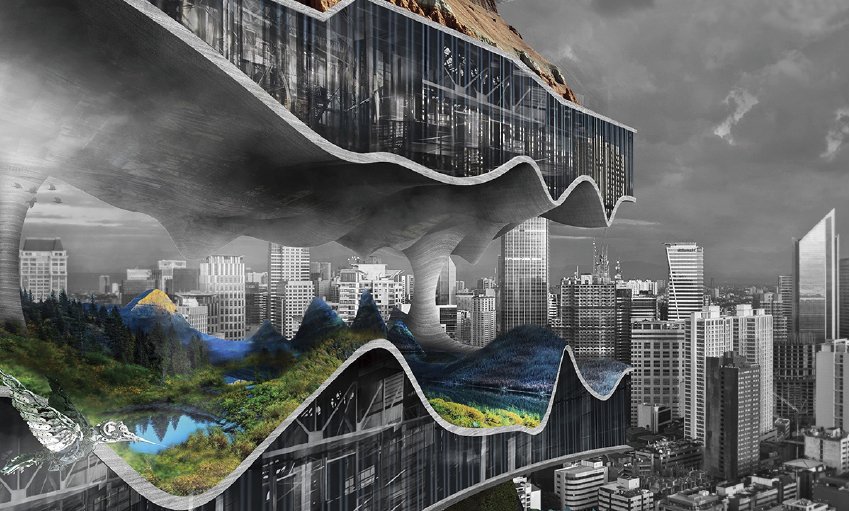 Between the storeys, the architects have put in natural features: trees, rocks, water courses would thus recreate natural landscapes in the heart of the megacities of tomorrow. The architectural duo therefore declares that “the aim of this concept is to make people aware of the fact that the natural environment is a loop: everything you produce today will form “tomorrow’s world”. Instead of criticising the pollution problem, we create a circular scheme that rebalances interaction between man and nature…”

Third prize went to the Spanish architect Javier Lopez-Menchero Ortiz de Salazar for his Espiral3500 project. It turns the complexity of the city into a spiral-shaped vertical structure. Densifying housing limits the destruction of the landscape in regions with high demographic growth, like those on the Spanish coasts. And maybe here too. 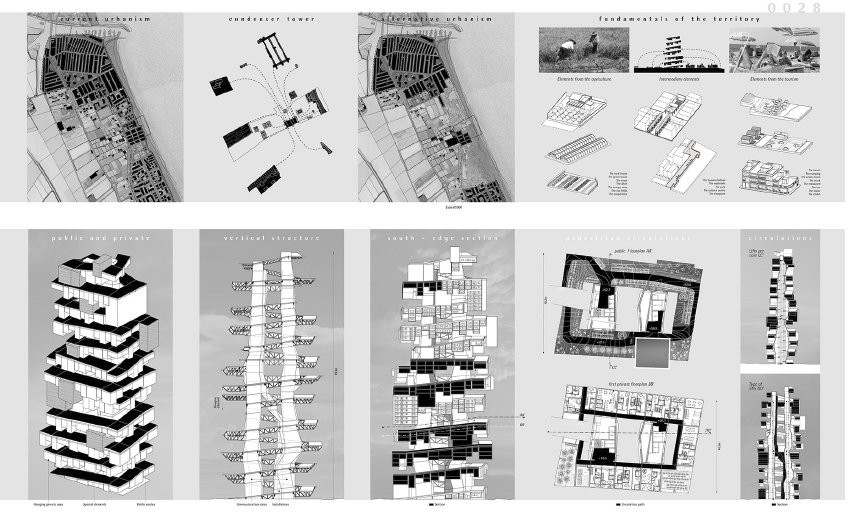