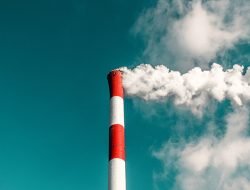 Zero carbon: where are we?

Amsterdam: a demountable and sustainable court

Do you know what olivine is?

Spotlight on this mineral in the silicate group, which can absorb the equivalent of its own mass in carbon dioxide when crushed and spread on the ground.

The Dutch bio-designer (as she describes herself) Teresa van Dongen recently drew attention to olivine through her Aireal project, an on-line library presenting materials that can capture carbon in the atmosphere. 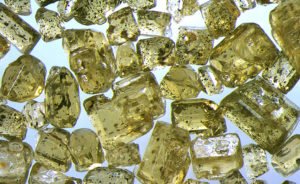 Olivine is one of several minerals thatfits in the spirit of a circular economy. There is no waste and carbon dioxide is considered as a resource to create the products that we will use tomorrow.

Olivine, a green-tinted magnesium iron silicate is one of the most common minerals on earth, making up 60 to 80% of the earth’s mantle. It can be found in abundance in Norway (67% of the world’s production) and in Japan, Spain, and the USA. It is mainly used in metalworking to make cast iron and steel, but also in the construction industry to make aggregates, ballasts, refractory bricks, and insulation.

For example, the European climate initiative, Climate KIC, estimates that olivine could capture 850,000 tonnes of  CO2 if it were used in projects in the city of Rotterdam alone. Among potential uses are fertilisers and a replacement for sand and gravel in landscaping projects.

Through her Aireal project, Teresa van Dongen attempts to change the perception of carbon to see it as a useful resource rather than a problematic material. ‘CO2 currently suffers from its association with pollution, but it is an essential element in the cycle of life,’ she stated.

» Architecture, Environment, Real Estate, Technology » Do you know what olivine is?