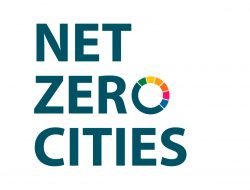 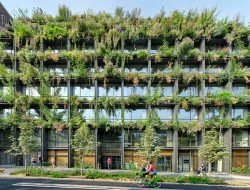 Villa “M” a living building, between architecture and arboriculture

Micromobility at the heart of urban mobility

Despite all the discouraging measures that have been taken, cities around the world are still struggling with ever-increasing road traffic. Micromobility can help reduce traffic congestion and pollution, while providing convenient and affordable means of transportation. Yet this alternative form of travel is largely underused.

According to a new joint survey carried out by Boston Consulting Group (BCG) and the University of Saint Gall in Switzerland, micromobility could be effective in urban areas, provided it is integrated into an overall intermodal transport system.

The study surveyed 11,000 people in 23 cities across 10 countries (in Europe, Asia, and the United States) to understand the perceptions and habits for using micromobility vehicles, such as bicycles, electric bikes, electric scooters, and electric mopeds.
It then examined the factors that encourage their use and those that hinder broader acceptance.

Multimodality, mobility of the future

Bikes, mopeds, scooters … many applications such as Bolt, Villo, Dott … to name a few, allow users to plan their trips based on their needs, the type of route to be taken and the distance to be travelled.

The global micromobility market has already reached a sales figure of almost €100 billion. While the personal purchase of a vehicle of this type is still the most common option, subscriptions to operators of such services are growing rapidly and are expected to exceed 30% in the next 10 years. However, while these numbers are impressive, as things currently stand, only one in five workers intends to use micromobility to get to work.

“In addition to weather conditions, the main barriers to increased micromobility use are cost, unsafe bike lane networks, insufficient connections, and limited services in the suburbs,” says Nikolaus Lang, managing director of BCG and co-author of the study.

Solutions tailored to each city

According to Andreas Hermann, Director of the Mobility Institute at the University of St Gallen, “if micromobility is to keep growing in the next few years, cities need to consider clean, multimodal, flexible mobility that allows for a variety of means of travel“.

The survey found that offering bundled options – micromobility transport options combined with public transport – could significantly increase usage. Consumers surveyed indicated that they would be willing to pay 22% to 25% more (weighted average increase) for different bundles.

However, “There is no single solution. What works in Amsterdam will not necessarily work in Boston or Berlin,” Herrmann cautions. Indeed, not all micromobility schemes have the same advantages, and failing to consider the specific situation for each city could be counterproductive and discourage the most willing.