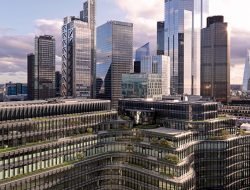 The new life of 100 Liverpool Street 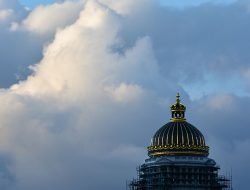 Brussels architects are outraged by the capital’s urban-planning situation

The Asphalt Art Initiative is inspired by the work of Michael R. Bloomberg during his tenure as Mayor of New York (2002-2013) to improve pedestrian safety and revitalise his city’s streets. In addition to New York, this initiative was first implemented in 41 US cities, including Pittsburgh and Kansas City, and three European cities (Glasgow, London and Amsterdam).

Encouraged by the results achieved in the United States, Bloomberg Philanthropies is extending  “Asphalt Art” to 19 new European cities, including Brussels (Belgium), Florence, Prato and Rome (Italy), Cluj-Napoca (Romania) and Gdynia (Poland). Each of these cities will receive up to USD 25,000 for artistic projects.

Frescoes that save lives

They will also benefit from technical advice provided by Bloomberg Associates experts. Specifically, the winning cities will develop their own measures to reduce discourtesy and  pollution caused by excessive speeding, while improving pedestrian safety, through the creation of eye-catching frescoes on the roadway, pedestrian crossings and pavements.

Indeed, the introduction of street art in public spaces is not only for aesthetic intentions: the results of Asphalt Art projects already carried out in the USA demonstrate that these works of art improve pedestrian safety, especially in combination with other measures, such as pavement design. 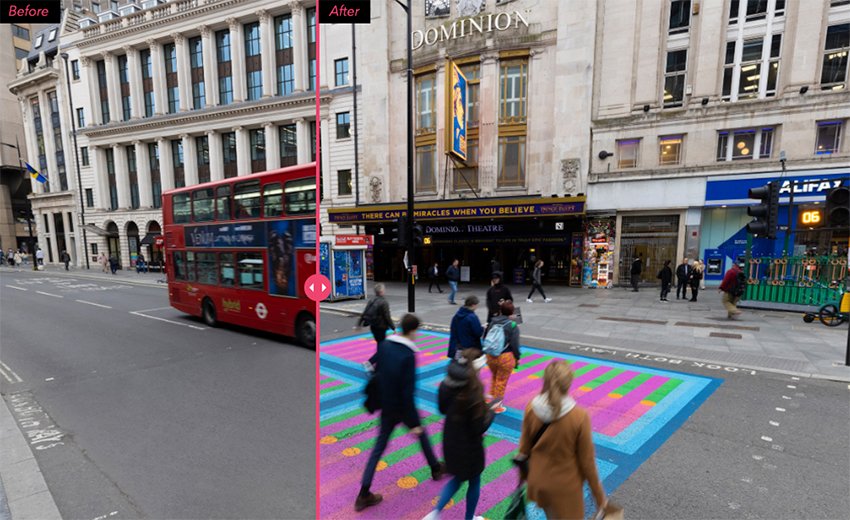 Asphalt Art – Before After

A study commissioned by Bloomberg Philanthropies, and covering 22 Asphalt Art projects already completed in five US states, highlighted that “users are influenced by the coloured patterns and become more vigilant”, thus reducing the number of incidents by nearly 17%.

This is especially true in the case of pedestrians and cyclists.  According to the study, motor vehicle accidents decreased significantly following their installation, with a 50% decrease in accidents involving pedestrians or cyclists. Conflicts between drivers and pedestrians reportedly decreased by 25%, while at the same time there was a 27% increase in the number of drivers yielding the right of way to pedestrians.

According to Janette Sadik-Khan, former New York City chief transportation officer and transportation and urban affairs advisor at Bloomberg Associates, “Projects like these not only connect people, but also make streets safer. We encourage cities around the world to paint their own Asphalt Art masterpieces.“