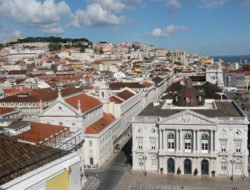 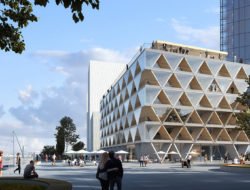 What if interior design was also used to change the world? This is what design students at the English University of Falmouth wanted to investigate. They just graduated with research on the compulsory theme of ‘reimagining the future of interior design’.

Students chose to work on spaces specifically designed to accommodate the most vulnerable individuals in our modern society: rough sleepers, drug addicts in remission, disadvantaged young mothers, sick children… They worked on the themes of health, well-being, the refugee crisis, environmental issues and over-consumption. Here are some of their projects.

Kate Terret wondered what would happen if a student got pregnant at school. Knowing that isolation is a recurring problem among young single mothers, she imagined a place of life where young mothers can be welcomed while continuing their education, but where the little ones would also be cared for by professionals.

Clarice Gazey worked on a space where children with cerebral palsy can continue to “live their childhood”, and not be confined to often inhospitable medical environments. Another project, quite similar to the previous one in its set-up: The House of Teens by Sam Viney, which allows teenagers to rebuild their lives after a cancer diagnosis. The house offers stimulating activities, a cheerful and social atmosphere, which helps teenagers to project themselves into the future.

A last one for the road: Romina Arello-Templer’s Re-Build project plans to allow refugees to recreate a micro-city within a large abandoned building, recreating a community in which they can find their bearings. The project allows young people to communicate, without being dependent on an imposed language and at the same time it brings together communities of different cultures and backgrounds.

All these student projects have one thing in common: they allow the most vulnerable among us to find their place in our complicated… and sometimes excluding society.