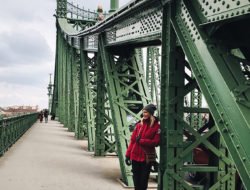 Having an entire apartment in just one room is not a given. And yet, it is very fashionable these days. The secret: modular design that is based on a sliding partition, equipped with all comfort. And that is probably the future of urban housing.

Warm and reassuring colours. Vincent’s apartment is flooded with light. There is no hallway, just an elongated room with a large living room and large aluminium windows that run to the ground. At the end, there’s a bedroom. With its sliding partition, it allows to enlarge or not the living room, to create a work area. “If a single room is enough for me today, I can one day create an additional room without major work or administrative procedures, at a lower cost,” Vincent explains.

The concept is called Moove. And it is intended to be modular, thanks to a removable kit including technical connections, conceived as soon as the architect’s plans were drawn up. And above all, thanks to wooden partitions on rails that line up on a wall to give maximum space in the living position, or pull themselves into the centre of the room to create new spaces: a bathroom unfolds on the kitchen side, a desk lowers or a library with its suspended TV space… Open it all up to install the bedroom.

As living conditions change, why should the habitat not adapt? The traditional two -, three -, four-or five-room apartment with a kitchen and wet rooms, all in one space, is no longer suitable for blended families, childless couples, teleworkers and other partners where everyone wants to have their own space. Thus, among the new models that are emerging today, the flexible apartment – modular at will – makes its breakthrough.

An architect’s delusion? No, Moove is now a reality based in Bordeaux, Toulouse, Nantes and Montpellier. The interest of this ultra-flexible apartment is multiple: as urban density intensifies a little more each year, one can easily imagine the future of this over-concentrated studio in the decades to come. The Japanese are well aware of this problem and have been able to move forward, so we may have to consider giving up the large dining rooms and other entrance halls or independent rooms.

» Architecture, Real Estate, Technology » Is the apartment of the future modular?