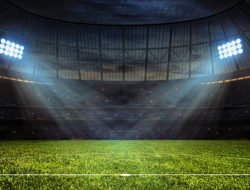 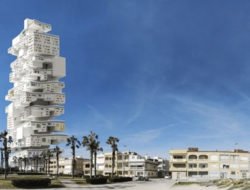 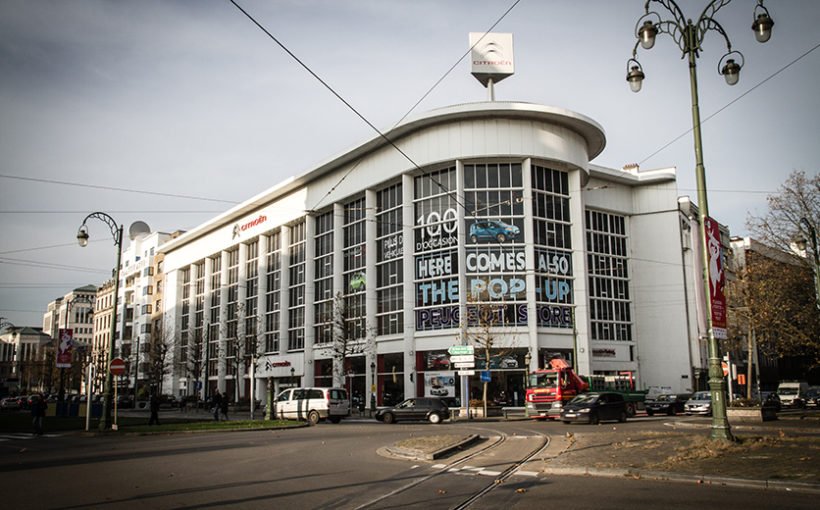 It is the biggest cultural project in Brussels since Leopold II: 35,000 m2, 150 million euros of work, hundreds of works of art and applications galore … Who will build the future Citroën-Pompidou museum?

Ninety-two applications, including the global elite of “star architects”: Coop Himmelb Chipperfield, Ricciotti, Diller and Scofidio, Eisenman, Foster, OMA (Koolhaas), Jakob + MacFarlane, Lacaton & Vassal, Miralles Tagliabue, Neutelings-Riedijk, Sanaa, Shigeru Ban, Steve Holl, Zaha Hadid, Snohetta, etc. Belgians, of course, but also the authors of almost all the recent major museums from the Louvre, the Pompidou Metz, the Mas … This shows how much the conversion of the Citroën Yser garage, along the canal in the centre of Brussels, into a mega-museum fascinates the architectural world.

The project has just taken another step this summer. A committee composed of Kristiaan Borret, the ‘Bouwmeester’ of Brussels, a representative of the Centre Pompidou, a member of the regional planning commission and Yves Goldstein – the future head of the museum – two architectural experts and two museology experts, unveiled a list of seven bureau alliances at the end of July that will have to submit a project outline by December 24.

Among the happy few, 6 bureau associations have a Belgian partner. With a respectable regional balance. We thus find 51N4E from Johan Anrys, Freek Persyn and Peter Swinnen alongside CARUSO ST JOHN ARCHITECTS (UK, who, amongst other things, carried out the renovation of the Tate Britain and the Gagosian Gallery in Paris); ADVVT (De Vylder Vinck Tailleu) alongside AGWA (which carried out the covering for the Courtyard Carré des Arts in Mons) and 6A (UK); DILLER SCOFIDIO + RENFRO (USA, authors of the High Line of New York) alongside JDS ARCHITECTS (Julien De Smedt); the Belgian firm LHOAS & LHOAS alongside ORTNER & ORTNER (Germany, author of a museum in Vienna); the Brussels bureau NOA alongside the Swiss EM2N and the British SERGISON BATES; the Belgian bureau OFFICE (Kersten Geers and David Van Severen) alongside Swiss CHRIST & GANTENBEIN (authors of the Kunstmuseum Basel extension and the Museum of Swiss History in Zurich).

The only truly international star: the Dutch agency OMA of Rem Koolhaas (author of the CCTV tower in Beijing and the Casa da Música in Porto). This agency is presenting itself with the Dutch Wessel de Jonghe, specialising in the renovation of modernist buildings. All the other big names, notably the winners of the prestigious Pritzker prize, including the Spanish bureau Ramon Vilalta, and the Mies Van der Rohe prize, have been rejected.

The reason? “Mistakes in formalities and too many deviations from strict specifications have obliged the committee to reject a number of international candidates,” states Kristiaan Borret, the ‘Bouwmeester’ of Brussels. For, while the specifications leave a certain amount of freedom to the architects, some elements remain firmly enshrined. The old Citroën garage will be replaced by a 15,000 m2 modern and contemporary art museum, to which will be added an architectural centre (10,000 m2), educational areas, catering facilities as well as offices and cultural start-up incubators. Above all, the site is intended to be much more than an exhibition area: it will be a “regional hub” for Brussels artists, with an urban foothold, mixed features, linked to the city building.

From now on, everything will play out between these seven nominees. An international jury will then select the winner, at the latest in March 2018. The jury will be chaired by the great Swiss architect Roger Diener, surrounded by French architect Patrick Berger (author of the controversial Les Halles canopy in Paris) and the Chilean architect Sofia Von Ellrichshaussen, renowned for her “arty” works. The jury will also be assisted by Bouwmeester Kristiaan Borret, President of the Centre Pompidou, Serge Lasvignes, architect Cédric Libert du Civa, Yves Goldstein and the two members of the management. Construction will start in September 2019. As of next January, Citroën’s activities will move to their new facilities on the edge of the Tour & Taxis site.

» Architecture, Culture, Real Estate » Pompidou Museum: and the nominees are …