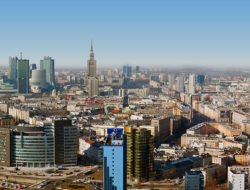 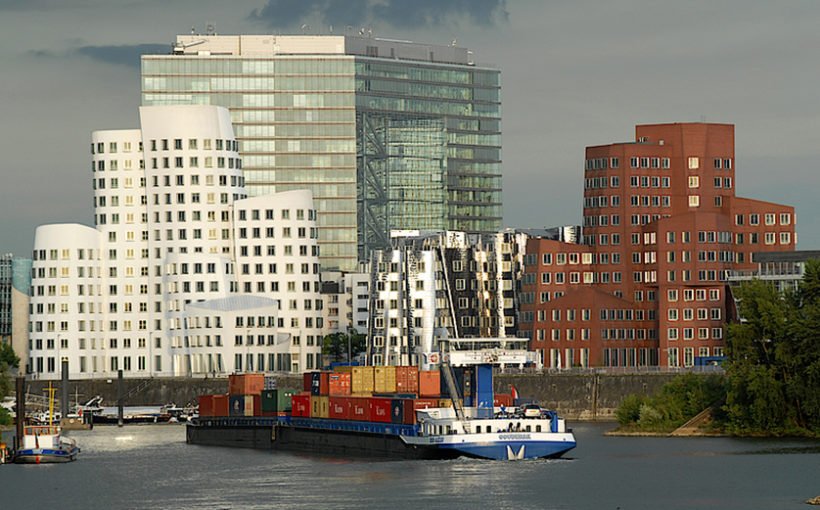 Düsseldorf, a city in the midst of an architectural renaissance

The city of Düsseldorf, from which little remained at the end of the Second World War, has regained its identity thanks to innovative buildings by renowned architects. Located on the right bank of the Rhine, it rediscovers its proximity to the water thanks to ambitious projects.

Living in Berlin has become as hard as living in Munich. There are but few available apartments, yet numerous candidates. What if the time had come to look further south? Capital of North Rhine-Westphalia, Germany’s most populous Land, Düsseldorf enjoys, along 40 km of meandering, the longest urban bank of the entire course of the Rhine. But it is only since the diversion of road traffic to the Rhein-ufertunnel (the Rhine side tunnel) and the opening of the Rhein-uferpromenade (promenade by the Rhine) that the city has really moved closer to the water.

The panorama of Düsseldorf is marked by 7 bridges spanning the Rhine, the Old Town and the castle tower of the city, the cobbled streets, as well as the modern silhouette of the Medienhafen. In this recent “media port”, the three “dancing” office buildings of Neuer Zollhof (1998) are a realization of Frank Gehry in collaboration with BM+P Architekten. This ensemble symbolizes the renaissance and innovative strength of Düsseldorf as an economic centre.

The old port of Düsseldorf has become a unique centre of housing, commerce, offices, media and arts. Classified historic buildings, the warehouses have been refitted with state-of-the-art technology. To break the uniformity, the area has also been enriched with “design” buildings, built by renowned architects. In the evening, the Medienhafen is transformed into a trendy place with hip cafés and clubs.

With venues such as the Tonhalle concert hall, the Deutsche Oper am Rhein Theatre, the Kunstakademie, the Künstlerverein (artists’ association) Malkasten or the D’haus Theatre, the city also boasts one of the best cultural offerings in Germany. It also hosts the Kö-Bogen shopping and office complex, the new Land standard designed by Daniel Libeskind and inaugurated in 2013, In Orbit (2013), the vertiginous installation of the artist Tomás Saraceno, suspended more than 25 meters above the ground, is one of the leading permanent attractions of the K21, the Contemporary Art Department of the Kunstsammlung Nordrhein-Westfalen.

In a federal system where each great city embodies a strength of the country (finance in Frankfurt, trade in Hamburg, culture in Berlin…), the 9th city of Germany has been able to distinguish itself thanks to architecture. The old port transformed into a business district, with spectacular projects, is testimony to an ambitious city, open to the future, but its economic attractiveness is inseparable from its culture on the Rhine.

» Other, Real Estate » Düsseldorf, a city in the midst of an architectural renaissance