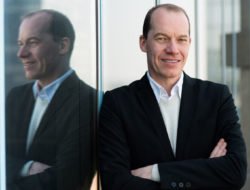 How will we live tomorrow?

Shutters that close at dusk, heating that increases the temperature a few minutes before we return to home sweet home, an application that reports energy excesses… We had been dreaming about it for a long time and it’s come true. Connected homes are real. A market has developed (estimated at 45 billion Euro according to figures from Marketsandmarkets and Statista), taken by storm by the electronics and Internet giants. One of the most eloquent examples of this mini-revolution is the “5th Avenue” project, erected by Bouygues at the gateway to Lille and delivered last summer. This is a complex of 200 homes filled with home automation, where à la carte service packages are tested on residents. Thanks to an application for smartphones it is possible to control the lights, heating, rolling shutters and even soundproofing. Even better, the app governs the entire life of the condominium: it enables interaction with other neighbours and the building’s porter and provides information about the district (opening hours of the local grocer’s, telephone number of your favourite restaurant, etc.).

Wood, a material for towers

Several green lights have been given: 2017 could be the year the wood construction market takes off. This is because of wood’s attractive thermal and ecological qualities. Unlike sand and gravel (for concrete manufacture), wood is renewable. According to the material’s users, it would even be ideal for conserving the home’s heat, regulating the humidity and would be efficient in acoustic terms. On the technical side, it still remains to be proven that wood has its place on the high-rise buildings market. The upcoming construction in Bordeaux of two wooden towers of over 50 m, Hypérion and Silva, is a baptism of fire… awaiting other buildings projects already being conceived. But on the five to ten-year horizon, wood’s expected market share in construction will be between 15 to 20%.

A modular apartment, which changes its spaces as the family grows? It is possible, without requiring major works. Some developers are testing the concept of modular partitions. Others are proposing homes without partitions, where just the bearing walls delimit the property. Once the floor has been placed, the purchaser lays out the partitions with the help of a configurator. Recently, Home Invest tried this pioneering approach at Woluwe-Saint-Lambert: in The Horizon residential tower, the home adapts to the household. The tenant can, for example, add one or several rooms as needed. Evolutive housing is still at the experimental stage in Brussels, but it could quickly bear offspring.

» Other, Technology » How will we live tomorrow?