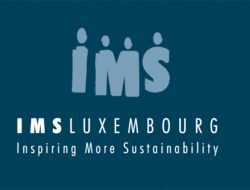 Luxembourg: the creation of a Sustainability Academy

A team led by Foster + Partners has been named the winner of the competition for the redevelopment of Stockholm Central Station. The winning project will integrate multiple modes of transportation into one large hub while prioritising pedestrian traffic and creating a new mixed-use neighbourhood. This impressive project will boldly illustrate how stations are being redesigned today to revitalise the urban fabric.

Opened in 1871, Stockholm Central Station is located in the city’s heart and is the largest transport hub in Sweden. The new plan, carried out in collaboration with Swedish firm Marge Arkitekter, will increase the number of trains arriving in the city, doubling the potential volume of passengers. The project will be built on the existing railway lines. In addition, it will connect the surrounding streets, which will improve the connections between the different districts of Stockholm without affecting the historic skyline.

By shrinking various works of art (a bridge, viaduct, etc.) and reducing traffic flow, the station hall will be enlarged while maintaining its historical character. The master plan also provides for creating a public square, allowing the new station to better integrate into the existing urban fabric. Its design is inspired by the scale and colours of historic buildings in the Klara district, a typical Stockholm architectural style.

Finally, a tunnel will connect all the station’s transit platforms, thus merging four modes of transport.

“As the world’s collective attention shifts to more sustainable living, working and travelling, it is vital that we improve and redesign our transport nodes and repair the urban fabric around them”, said Luke Fox, studio head at Foster + Partners.

The project must be the subject of urban planning consultations in 2023.