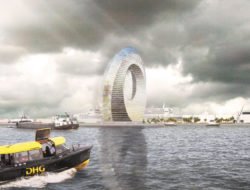 The Windwheel, the inhabited power station

Tomorrow, you will be able to buy solar panels in Ikea.

Concerned about its environmental impact, Ikea wants to become the world’s top supplier of residential solar panels. Will this service be available in Belgium soon?

“Because adopting a sustainable lifestyle shouldn’t be a luxury“. This is Ikea’s slogan for promoting its new solar panel offer. In the UK, the furniture store chain has already been partnered with the British developer Solarcentury to sell batteries for residential solar power for three years now. With a turnkey service: covering online and in-store advice, on-site analysis of the customer’s situation, installation, connection and administrative procedures.

Boasting real savings over its competitors, Ikea also intends to promote auto-consumption. With this claim: in the UK, an average house fitted with solar panels consumes 40% of the energy produced and injects the remaining 60% onto the network, according to Ikea. The group affirms that installing its battery would bring the share of auto-consumption up to 80%, would generate green energy and reduce the impact on climate change. Currently, two batteries are on the market: 3 kWh and 6 kWh. It costs €3,000 (€3,257) for a battery sold on its own and £6,925 (€7,521) for a pack including a battery and a solar panels kit.

Since 2015, Ikea has gradually been extending this offer to other countries. Solar panels are already on sale in the chain’s stores in Switzerland, the Netherlands and Poland. Will they be available in Belgium soon? On the retailer’s side, no official launch date has been released yet. But Ikea Belgium has never ruled it out. Especially, seeing that its partner, Solar Century, is well established in the Benelux and already active in the Netherlands.

At European scale, Ikea’s aim is to cover 100% of its energy needs, or even to exceed them. This accounts for their massive investment in renewable energies. And their gradual integration into building architecture. Forget the huge blue and yellow boxes with highly visible outdoor car parks typical of the Swedish brand. Ikea store roofs – designed as a fifth façade – now house solar installations. As for the new XXL retail destinations, these increasingly embrace the urban lines of the districts they establish themselves in. As in Nice, where a new store, established in the heart of the Saint-Isidore ecodistrict, is surrounded by houses, offices and local shops at the foot of the buildings.

» Energy, Environment, Technology » Tomorrow, you will be able to buy solar panels in Ikea.