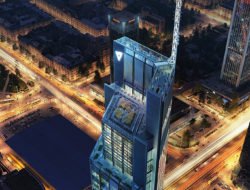 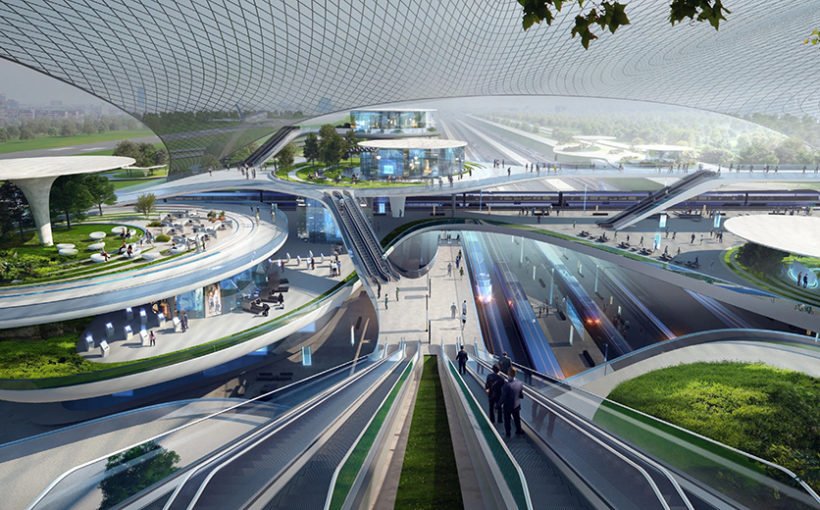 Seeking to position itself as the hub of Central Europe, Warsaw wants to build a new airport by 2027, and has asked the best of the best British architects to design it.

It is a gigantic project. In Baranow, about 40 kilometres south-west of Warsaw, the Polish government aims to build an airport that is to become the main hub of Central Europe. And eventually, the biggest airport on the Old Continent. “The current airport is reaching its limits”, justifies Tadeusz Koscinski, the Minister of Finance, in the press. And there’s no room to expand its capacity.”

Located in Warsaw, Chopin Airport is surrounded by houses. Last year it welcomed 17.7 million passengers – 5 million more than in 2016. This brings it closer to its maximum capacity. For this new airport, called “Solidarity”, the Polish government thinks big. There is a budget of €16.2 billion and a capacity of 45 million passengers at the opening in 2027. Followed by 100 million once the construction is completed, and an airport city with hotels and shopping centres. The authorities expect to create 150,000 jobs. The airport must also become the new nerve centre of the high-speed rail network. With one ambition: to connect the major cities of the country in less than two and a half hours by train. This involves the construction of 1,600 kilometres of lines.

As far as design is concerned, the government wants to draw inspiration from Singapore Airport. Together with the British Embassy of Warsaw, it asked several architectural firms to take part in the competition. Their first proposals are out of proportion. This site should not just support the expected growth in air traffic in Poland (95 million passengers in 2030, compared to 45 million in 2018). It must also be the symbol of the country’s economic rebirth.

Foster + Partners, Zaha Hadid Architects, KPF, Chapman Taylor, Populous, Grimshaw, Benoy and Pascall+Watson each proposed their vision of the future major Polish airport. Whereas Foster offers a modular airport with two terminals, Grimshaw focuses on functionality, with a smooth, light and sustainable terminal. Zaha Hadid Architects goes further with three different designs, but all vegetated and integrating the future railroads. Who will have the right to transform Warsaw? We will know early 2020.