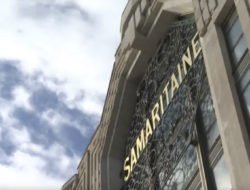 Kazuyo Sejima: the essence of a secret

The ICA-WB has been appointed by the Government of the Wallonia-Brussels Federation to become the cultural operator for architecture in French-speaking Belgium. But what is it exactly?

Its objective is ambitious: to detect, analyse, promote and co-construct an architectural culture in the centre and south of the country. And above all, to show that architecture can contribute to a better community life, by reaching out to a large audience. The sector had been dreaming of it for 15 years. After the VAI (Vlaams Architectuurinstituut) in Flanders and the Civa in Brussels, the Cultural Institute of Architecture Wallonia-Brussels is now a reality.

At its head: Audrey Contesse, art historian and former editor-in-chief of the architectural magazine a+. “We want to show that the architect never sleeps“, she explains. We want to show that our architecture has ambition, that it is not afraid of the dark, that it is outspoken, that it is not posh!” Surrounded by a team of four people, she sees the ICA-WB as a platform for meetings and dialogue between the professional sector (Ordre des Architectes, Union wallonne des architectes, Architects in Brussels), the academic sector (faculties of architecture of the UCL, ULiège, ULB, UMons), the public sector (the architecture cell, the Bouwmeesters of Brussels and Charleroi), the cultural world and citizens.

Among its very concrete actions, the ICA-WB has already launched a reflection with architects, urban planners and landscape architects on the densification of housing in the Wallonia-Brussels Federation in order to outline future solutions for the next fifteen years. A workshop on architectural criticism is planned next year to better understand the societal issues of architecture.

Visits to exemplary buildings, neighbourhoods and landscapes will be organised twice a month to have them (re)discovered by the general public. Conferences, exhibitions and events are also on the agenda (available online). In short, a whole range of actions to ensure that architecture reaches its users, that is to say, all of us.

» Architecture, Culture, Other » Launch of the Cultural Institute of Architecture Wallonia-Brussels