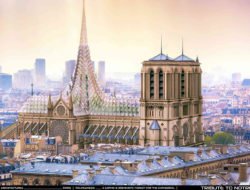 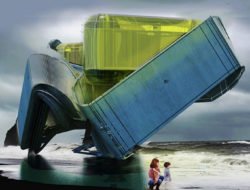 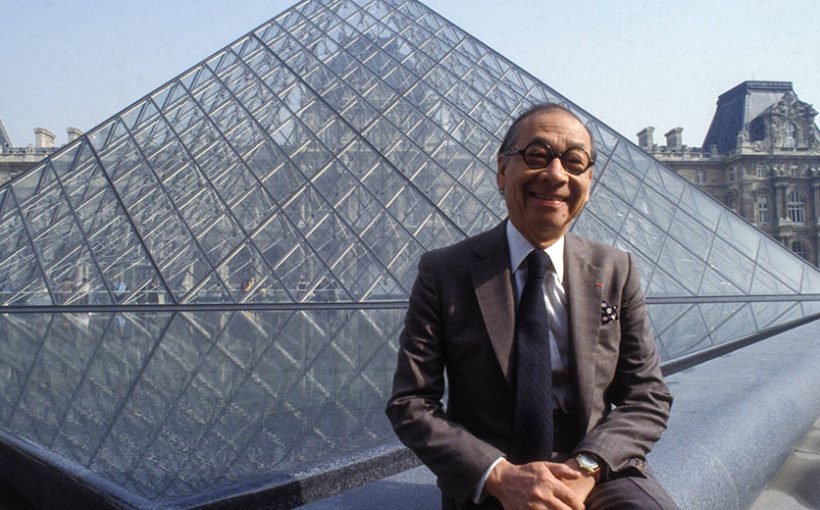 Who was the Chinese-American architect Ieoh Ming Pei?

We owe him the famous Pyramid of the Louvre. But Ieoh Ming Pei, who passed away at 102, has imposed a particular idea of modernity and classicism in bold projects in the United States, Japan, Hong Kong and Qatar.

The Louvre has just celebrated the 30th anniversary of its pyramid. A building that became an emblem of the museum, but also of the work of Ieoh Ming Pei, who died at the age of 102, on Thursday, May 16, in New York. Throughout his career, the American architect of Chinese origin has continually reconciled the modernity of his art with the cultural and historical specificities of his creations.

Ieoh Ming Pei was born in Canton, on April 26, 1917. The son of a banker, he was the descendant of an old family in Suzhou, a small canal town near Shanghai. Fascinated by the technical prowess displayed in the skyscrapers that were built in Shanghai in the 1930s, and attracted by the America he saw in Bing Crosby’s films, he attended the Massachusetts Institute of Technology (MIT) in 1935, where he graduated in 1940, before studying at Harvard. “I was a student of Gropius, the theorist of the international style, for whom industrialisation would force architecture to be the same everywhere,” he explained in Le Monde. But I believe that architecture must reflect particular lifestyles, history and culture. Universality does not equal uniformity.”

After several office and housing buildings marked by the orthogonal rigour of the modern movement, I. M. Pei, once he became a naturalised American, created his own agency in 1955, in which he developed a more personal approach: he put modern architecture at the service of the oldest patrimonies by drawing geometric forms whose materials were chosen and used with care.

The production of the agency classified the architect among the new generation of modernists. Most notably, achievements such as the Everson Museum of Art in Syracuse in 1968, or the East Wing of the National Gallery in Washington, D.C., ten years later, revealed his taste for robust geometric volumes and his sense of sharpness. “Why use two strokes when one is enough?“, he asked. When he received the Pritzker Prize in 1983, he added: “Architecture is a pragmatic art. [It] must be based on necessity. For me, freedom of expression is about moving within the boundaries I set for each of my projects.”

For the library dedicated to John Kennedy (1979), the president’s widow chose him because, according to her, “the best of Pei was yet to come”. First, he comes up with a glass pyramid – yes, even then! But he ends up building a triangular concrete tower. From then on, orders flocked in. After seeing the extension of the National Gallery in Washington (1978), François Mitterrand proposed him to work on the Grand Louvre. We remember the controversy that the Pyramid project first cause. It was to be a new entrance to the museum, and the entrance hall in the basement. But Pei stood firm, hiding determination behind his perfect courtesy.

Laureate of the Pritzker in 1983, he retired in 1990 but continued to work on several buildings. As for his Chinese side, Pei never forgot it. He carried out various projects in his native country, as well as in Taiwan and Hong Kong. In 1989, the triangular-shaped tower of the Bank of China – an institution that his father had managed in the 1930s – was to become an emblematic building of what was then still British territory. With the Museum of Ancient Arts inaugurated in 2006 in Suzhou, Ieoh Ming Pei dedicated one of his latest projects to his family cradle. Another example of the past meeting the present…

» Architecture » Who was the Chinese-American architect Ieoh Ming Pei?