Utrecht: an industrial district transformed into a centre of...

The city whose citizens are the owners

How do cities handle the flow of migration?

Current events have drawn the general public’s attention to the men and women who are fleeing a conflict, a country at war, or oppression. For several years, many European cities have been developing successful programmes to welcome and manage migrants.

Until recently in Brno, Czech Republic, NGOs generally took care of the town’s growing migrant population. However, this was not enough. The city therefore decided to get involved. The Czech economy depends heavily on immigration. In 2021, foreigners made up 17% of the overall workforce.

In recent years, the local Department of Social Inclusion, funded by the municipality, has been carrying out mediation work focused on various migrant communities (the most populous or those that are more difficult to integrate): Vietnam, Middle East, Moldavia, Romania, Russia, and Ukraine. Most intercultural mediators were migrants themselves.

Closing the gap between cultures

In the Czech Republic, this kind of work is very recent (beginning of the 21st century). It often involves small, practical initiatives. For example, the Vietnamese section posts YouTube videos in Vietnamese, explaining how to find a kindergarten. Brno’s intercultural mediators also seek solutions to reduce the number of immigrants arriving without a work visa, informing them of the legal consequences that they may face. This bold approach even goes as far as suggesting changes to the law to include migrants in the national retirement scheme.

The Portuguese capital established its strategic migratory plan as early as 1992. A Municipal Council of immigrant communities and ethnic minorities was created to make it easier to cooperate with public institutions and private employers. Local migrant support centres also assist in liaising with institutions such as the Immigration Police or the Ministry of Education. In practical terms, the strategic plan focuses on issues including employment, language learning, and access to housing and healthcare.

As for Vienna, it has been managing its own integration scheme since 2008. Initially, StartWien contacted citizens from other countries once they had received their residence permit, offering advice for settling in. Then the scheme started working with people from all across the European Union and since 2015, it also helps asylum seekers who have not yet obtained their residence permit. The goal in each city is to limit risks and ensure that projects to integrate newcomers are successful. 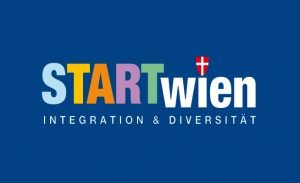 » Culture, Other, Real Estate » How do cities handle the flow of migration?