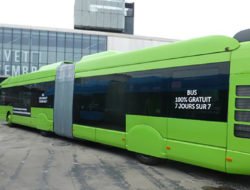 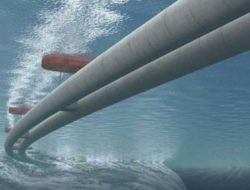 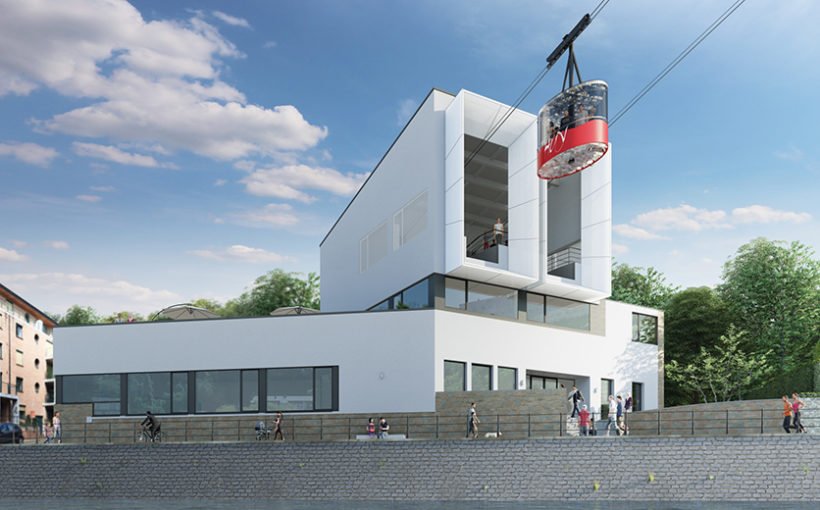 Cable transport is less expensive than a tram and can be used on hills and to cross roads and rivers. While many European cities are carrying out study projects, two Walloon cities will reintroduce their cable cars: Namur and Huy.

Will we be able to cross the city by cable car tomorrow? With their sprawling networks of buses, trams and cars, cities are suffocating because of all the traffic jams. As a result, more and more alternatives to the monopoly of cars are seeing the light of day. And the cable car, as a means of urban transport, is fascinating. Up to 7,000 passengers will be transported daily in the cabins crossing the Amur River, which separates China and Russia. In London, the Emirates Air Line cable car allows you to cross both banks of the Thames and enjoy a 360° view of the capital.

Travel from one point in the city centre to the other in a few minutes, without going through rush hour traffic jams. Or just cross the city without having to get in a car or having your feet on the ground. It is the challenge of the Wanze office Contrast Architecture that is responsible for the design of two cable cars and their stations, both in Huy and Namur. Two cable transport projects, i.e. the urban cable car, but two very different contexts and implications on the existing space.

The first will allow the town of Huy to reactivate its cable car and install an exterior glass elevator at the fort. In fact, in April 2012, a helicopter hit the cables of the cable car, making it unusable for tourists. The city of Huy began a reflection on tourism and the rehabilitation of the cable car with an ambitious Master plan, initiated in 2015. The development of Esplanade Batta is part of this rehabilitation. The model of the cabins chosen is similar to that of the Faro cable car in Toulon, France. They will have a capacity of 17 seats and an observation area at floor level. With planning permission granted, work is expected to begin in the spring of 2020 and be completed in 2021.

In Namur, the entire strategy focuses on the Citadelle: every year 300,000 people visit the site thanks to the musical, artistic and sporting events that take place there. In 2020, the site will be connected to the city centre thanks to the new cable car project. However, the granting of the permit was delayed for several months, in order to respect the citizens’ comments during the public inquiry. At the beginning of 2019, the Walloon Region recommended to the builders of the cable car to design a station with contemporary architecture on the place Maurice Servais. And this, in order to avoid “fake old”. But the models had to be revised for further refinement.