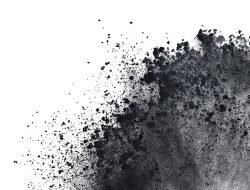 Artificial and ecological sand for construction

The benefits of wood in the building sector

The concept, developed by Swedish researchers, involves a mixture of cement and carbon fibres (to increase conductivity and resistance). This innovation could well find multiple applications in construction and public works.

We are still only at the prototype. But this new battery could be used to power LEDs, 4G networks or monitoring systems that can detect corrosion in concrete structures (a kind of self-diagnosis since this battery is intended to be included in concrete structures). It was developed by the Department of Architecture and Civil Engineering at the Chalmers University of Technology in Gothenburg, Sweden.

This experimental cement-based battery has an average density of 7Wh per square metre. A reasonably low power compared to commercial batteries, but sufficient for its intended use: as it is to be “drowned” in buildings, bridges, dams, and other concrete structures, it can be of a very substantial volume, which will compensate for the little energy it releases.

But until our bridges and roads are equipped with this “internal battery”, there is still a little work to be done. Obstacles that will have to be overcome include the development of recycling techniques and the essential extension of battery life. These should be able to reach a lifespan of 50 to 100 years (equal to the lifespan of a typical concrete building) or be easier to replace and recycle.

However, the Swedish researchers are convinced that the concept has much to offer as a future building material and renewable energy source.