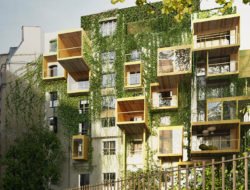 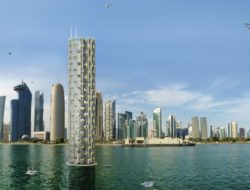 The building of the future will be aquatic 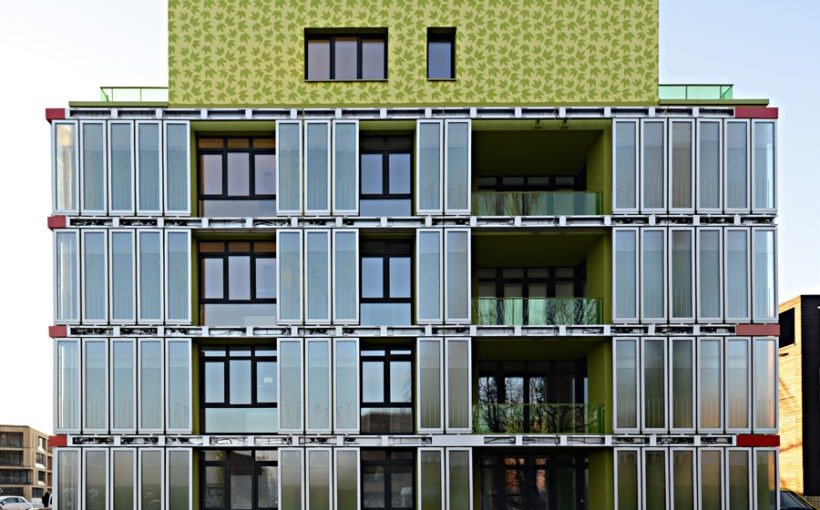 The British consulting firm Arup advocates the large-scale use of organic waste to produce sustainable building materials. Banana skins, peel… And what if waste could be used to build our houses?

The life of organic waste is tragic. At best, it ends up in compost.  At worst, in landfills or incinerators … But in the latter two cases, the impact on soil and air quality is a problem. Is there not another way that is more beneficial for the environment, the economy and health?

This is what Arup, an English consulting firm specialising in urban planning, appears to be suggesting. In its new report, “The Urban Bio Loop”, it proposes to use this organic waste to create new building materials.
Their aim is to combat the depletion of non-renewable resources, of which the construction industry is one of the biggest consumers. In the United Kingdom alone, construction swallows about 60% of imported raw materials.
Currently, this sector also generates 39% of CO2 emissions in the United States.

Some of this waste has already proved to be effective in the construction sector. It is now possible to make bricks out of rice, for example. Mushroom bricks can even be grown in 5 days. Potato peel is already used as a fire-proof absorber and insulator. According to Arup, it is even possible to create acoustic panels with seeds and leaves, to erect corn and wheat walls and to build sunflower floors and peanut shell ceilings. Arup has also created SolarLeaf, the first façade system in the world to grow micro-algae to generate heat and biomass, and BioBuild, the first self-supporting façade panel in bio-composite materials.

“Some manufacturers produce low-carbon building materials from organic waste, but it’s a niche market,” says Guglielmo Carra, Arup’s senior building consultant. What we need today is for the industry to mainstream this type of production.” Especially since the potential of this bioeconomy is enormous: in 2014, Europe accumulated more than 40 million tonnes of dried organic waste from agriculture and forestry. And the volume is increasing every year, while it could be used to better advantage. By way of comparison, one kilogram of waste incinerated to produce energy has a value of about 0.85 EUR, but the same material used for interior finishing could sell at up to 6 EUR per kilogram.