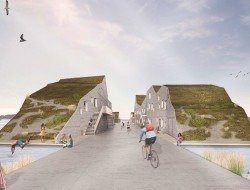 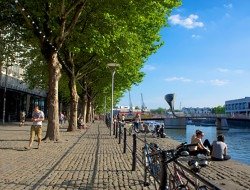 Tomorrow’s city is determined to be green. Let’s explore some cities whose local sustainable development initiatives have been rewarded and that should be a source of inspiration.

Quoted as an example for its role of outdoor laboratory, the Icelandic capital keeps pushing the limits. The island has plentiful natural resources, resulting from its unique geology and abundant hydrography, with which to heat public buildings and to produce a great part of its electricity (almost 90%) in a natural way, which has attracted a great deal of high energy-consuming industries to the country. The only thing lacking to achieve a perfect slate is the replacement of petrol by renewable energy at transport level.

The (green) train has been in motion since, at the end of the 1990s, the Icelandic parliament started a test project to introduce motor and hydrogen-driven vehicles. The tests for the ECTOS project (entry into service of 3 hydrogen-driven buses) and SMART-H2 project (for private vehicles) were conclusive. So the revolution is well under way and there is an ever-increasing fleet of electric cars on the roads….. All these technological advances and daring policies are aimed at the target of 100% renewable energy by 2050, utopian for a great number of European countries, but a dream within reach of Iceland.