The artist Christo is exhibiting in Brussels 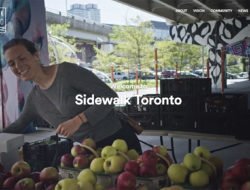 There are pathfinders and those who hesitate. But more and more Belgian developers are eyeing foreign capitals such as Budapest, Bucharest, Mexico City, Tokyo and Shanghai. At the expense of Brussels … Is there a risk of a haemorrhage?

When you’re a developer, you think big. But nothing prevents you from seeing a long way either… Today, the most reckless developers of Belgian origin, such as Codic, Pylos, Burco, Buelens, Ghelamco, Immobel and Atenor – traditionally attached to Brussels – have taken the plunge. They are affirming or reaffirming their presence in foreign property markets, particularly in Central Europe.

Developers are discovering a rate of growth there that flirts with 3%, rental yields that climb up to 8% (as opposed to 4% in Brussels) and an international business demand that is much less timid than here. Not to mention high-end residential property, for which demand continues to grow. In the East, they say, there would be a much more favourable economic context than the one they live with on a daily basis. And the report is almost unanimous: in Belgium, political, administrative and legal uncertainties have gradually cast a cloud over construction.

Did the haemorrhage have a beginning? The movement is not new. Ghelamco, who met obstacles with the Eurostadium Heysel, cast off its moorings in Poland … in 1989. From success to success, it gained a position as undisputed leader. Codic, Immobel, Atenor and others started 15 years later. Already very active in Paris, Codic International is now reviving its projects in Romania and Hungary, where every household under 40 receives a grant of 40,000 euros to buy a property.

A dynamism that also convinced Equilis (Mestdagh Group), whose future major commercial and residential projects are targeting Warsaw. And this, while its mega Brussels project, Docks Bruxsel, still has not found a new buyer or made the expected profit. Before them, it was Wilhelm & Co who ran with the banks for several years to resell Médiacité Liège at a market price.

Has Brussels become an uncertain market? Interviewed by BX1, Stéphane Sonneville, CEO of Atenor, is unequivocal: “For a property developer, one of the most important criteria for investing is the fluidity of political decisions. But the Brussels ‘institutional lasagna’ disadvantages Brussels residents. In Warsaw or Paris, where we are also present, things are faster. And, in fact, more profitable.” And to insist: “Our growth was made by leaving the walls of Brussels. Because it’s not possible to wait 9 years for permits, and even 10 years for Victor.” Atenor still plans to build three towers in front of the country’s biggest train station, including a 140-metre tower that should accommodate some 375 dwellings. The other two will offer 65,000 m²of offices. An architectural contest has even been launched. But in vain. The developer has already been waiting for its permit for more than 5 years.