Living and working in the offices of tomorrow

Amsterdam: a diamond in the city sky 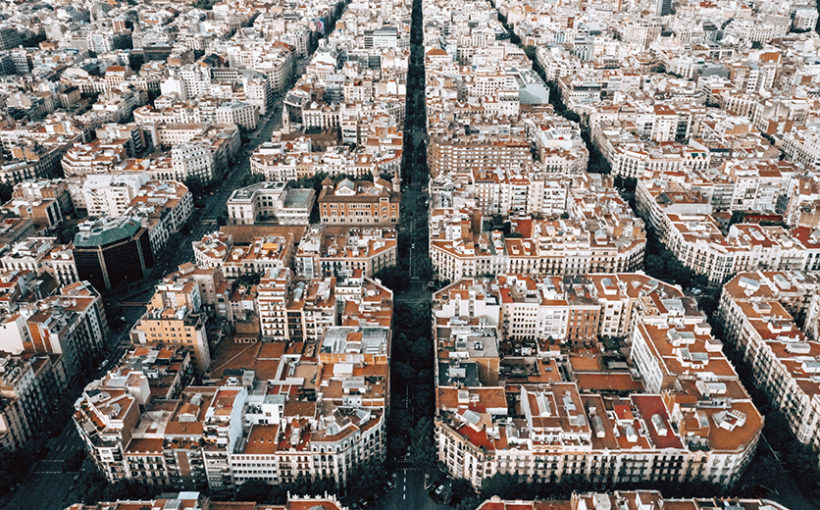 The city hits the accelerator in car-free neighbourhoods: soon, the entire city centre will be banned from car traffic.

Since the introduction of its first “superblock” in 2016, Barcelona has made its historic centre an example followed with interest by other major cities. A superblock is an urban island whose interior roads are forbidden to cars, which are diverted out of pedestrian areas.

In the next ten years, the entire city centre should be rid of cars and reserved for pedestrians and other users, favouring conviviality and living together. The mayor of Barcelona, Ada Colau, announced that this trend will continue in the coming years. In the historic district Eixample it is downright an islet of 21 streets that will be de-congested. However, residents will be able to continue to drive, as well as delivery and other service vehicles.

An intensive policy of planting on the streets, now returned to vulnerable road users, will reduce the impact of heatwaves. © Ajuntament de Barcelona.

These squares and streets thus “liberated” will be planted with trees that will shade 6.6 hectares of new green spaces, in an area that will contain an additional 33.4 hectares of pedestrian space. The project, which will start in 2022, will cost 38 million euros, one of the largest budgets ever devoted to the in-depth renovation of a single district.

The municipality of Barcelona had already experimented with a superilla (super-islet) in the District of Poblenou, limiting access to cars, and limiting their speed to 10km/h. Barcelona is a city with high population density and little green space. These superblocks turned out to be an ideal solution for freeing up space, creating public squares and tree-lined alleys. However, this has not been easy, and motorist associations protest on a regular basis against the restrictions imposed on them.

Example of how a crossroads located in the Eixample district can be made green. © Ajuntament de Barcelona.

As Ada Colau said, it’s about “thinking about the new city for the present and the future – with less pollution, new mobility and new public space.“

Several calls for projects are currently being launched, to allow shading covering 80% of the street surface, but also 20% of permeable surfaces, allowing a better runoff of rainwater and a decrease in the risk of flooding. The expected benefits of this policy are many: reduction of air pollution, noise pollution, carbon emissions… A study published in 2019 by the journal Environment International estimates that if the city achieves its ambition (503 blocks, i.e. the vast majority of public space in the city centre), Barcelona could each year avoid 667 premature deaths due to air pollution alone.