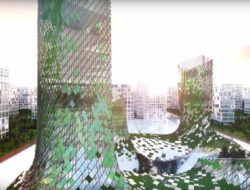 Clean up the air thanks to algae buildings 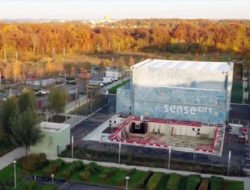 The city of the future tested in miniature

Located in the east of China, Jinan Expressway is paved with photovoltaic panels on a length of two kilometres. Capable of producing electricity, it foreshadows the highways of the future.

China is making great strides on the roads of the future. At the beginning of the year, the country inaugurated the first part of the first solar motorway in the world: the Jinan Expressway, 400km from Beijing. For the moment, it is a portion of 2km crossing the city of Jinan, in the Shandong province. In three and a half months, this motorway has generated over 96,000kWh of energy. But in the long term, it could produce up to one million kilowatt hours per year, the equivalent of the power consumption of approximately 800 dwellings.

The company Qilu Transportation Development has installed 5.875 square meters of miniaturised photovoltaic panels that have been placed on an insulating material and then covered with a layer of transparent concrete, which was then integrated into the road. The thickness of the surface is less than eight centimetres, but is extremely efficient in terms of charging capacity and adhesion, even in the event of extreme weather conditions and heavy traffic. According to the developer of the project, more than 40,000 vehicles travel each day on the road. The road section would have a lifespan of 20 years. The road produces electricity, which is used to supply the signalling systems, CCTV, and lighting. Ultimately, it will charge electric vehicles by induction.

If China has taken the lead, Europe is not be outdone. Several similar research lines have been inaugurated, namely in France, with a portion of induction road in les Landes, and more recently in Sweden. eRoaldArlanda is a Swedish test road of 2 kilometres, located on a secondary network, connecting a cargo terminal of the international airport of Stockholm-Arlanda and a logistics centre.

But unlike induction, the energy here is transferred through a swing arm located under the vehicle. Just like a trolley, the arm connects to a rail in the middle of the traffic lane. The electricity is then “sucked” electromagnetically. It is then used to propel the vehicle or is stored in a battery. When there’s an accident or the vehicle takes over, the detector triggers the arm to be raised, interrupting the contact. For the moment, only larger carriers can use the installation, but the system will be extended to be used by all types of vehicles.

About 20 companies are working on this project whose first phase was initiated in April. According to the estimates, it would cost about $7.7 billion to equip approximately 20,000 km of roads. An investment that may be profitable in 3 years considering the costs of recharging and fossil fuel savings, according to the project leaders. The Swedish Energy Agency and Volvo Group are testing another electric charging road system in Göteborg (south-west), initially developed for trams. The mobility of the future is paved with good intentions.