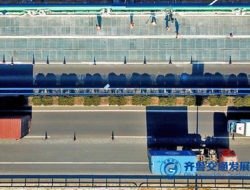 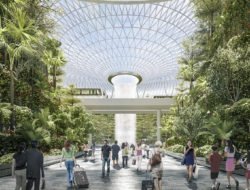 World’s Tallest Indoor Waterfall Is In The Heart Of...

The city of the future tested in miniature

Close to Paris, a miniature city, equipped with multiple sensors, will simulate the smart city… for the next 30 years.

It will be a city living under a microscope, an urban laboratory as we have never seen on the planet. Sense-City, a mini-city with plenty of sensors, and placed under a hermetic bell, will be a miniature version of a city, including all infrastructure. It will be subjected to all kinds of scenarios and will be capable of simulating all climate events, but also large-scale pollution or the spread of germs. Its objective: to anticipate and improve the city of tomorrow.

“Sense-City is the city of sensors. It is also a sensitive city, comparable to a living being“, explains Anne Ruas, a researcher at the French Institute of Science and Technology for Transport and Network Planning (Institut français des sciences et technologies des transports et de l’aménagement des réseaux – Ifsttar) and the coordinator of this research project, which will last for thirty years. In the city of the future, sensors will be omnipresent. In the smart city, public lighting and traffic lights will even be able to interact with car traffic or the presence of passers-by. But just like an anthill, the presence of humans requires movement. It needs food, goods and water, and rejects waste, gas and sewage. “A large majority of humanity now lives in urban centres,” says Anne Ruas. “Understanding how this ecosystem works will be essential for the health and well-being of its inhabitants.”

Sense City has just been built on the campus of the cité Descartes in Champs-sur-Marne, near Paris. It consists of a mobile climatic hall – a vast hangar of eight meters (H) by twenty meters (L). Which comes down to a town district of 400 m2. Under the dome, artificial rain and sunshine bathe the buildings covered with sensors. The mini-city even features a basement with a system of geothermal energy and wastewater systems, gas networks… “We will test the efficiency of these sensors and their deterioration over time in real conditions. Because in our covered city, a building, two houses and roads, rain and temperature are adjustable at will,” comments Anne Ruas.

Sense-City is a unique project in Europe. It also allows studying the energy performance and the health qualities of buildings and new urban materials, to observe the impact of vegetation on its environment, to analyse the quality and sustainability of urban networks. Soon, a research programme will focus on connected urban objects. Traffic lights, surveillance cameras, advertising signs, charging stations for electric vehicles, parking meters… How do these devices interact with each other or with their environment? What new services could be implemented? There has never been a research programme that includes so many urban dimensions.

» Architecture, Real Estate, Technology » The city of the future tested in miniature