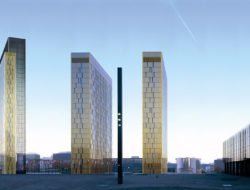 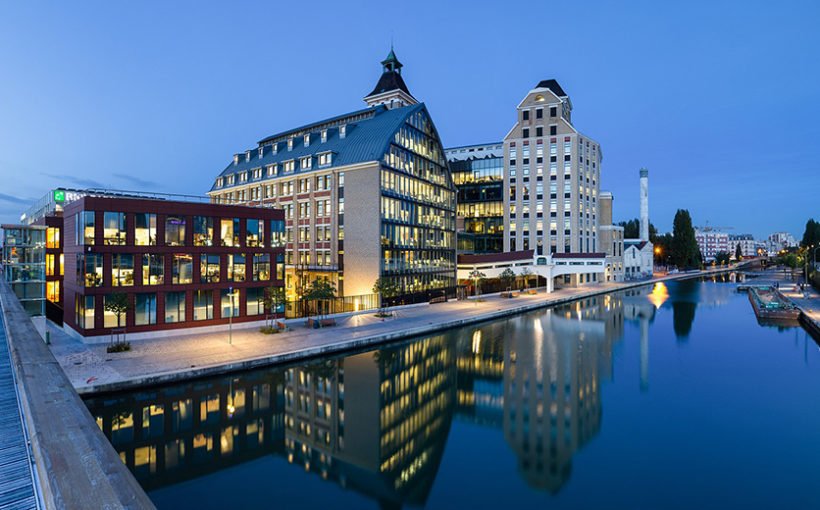 Pantin, near the outskirts of Paris, is ready for the 21st century. With its arty aura, its affordable prices per square metre and its easy access, the former working-class city is now the flagship of Greater Paris.

Contemporary galleries, a marina, luxury businesses, cultural events… In a matter of years, Pantin has become the new Brooklyn in Paris. The reference comes from the New York Times, which predicted a bright future for this former workers’ housing estate. For ten years, this working-class town has been the scene of dramatic changes, concentrated around the banks of the Ourcq canal, in Seine-Saint-Denis. How about an art gallery located in a former boiler factory, the Centre national de la Danse, the new Philharmonie de Paris (1.1 million visitors a year), a large industrial warehouse that is now the headquarters of the advertising agency BETC? But also several trendy bars, an old swimming pool converted into a conservatory and a theatre located in an old factory. Two luxury brands have set up their workshops here: Chanel on one side, Hermès on the other.

The charm of the canal and industrial aesthetic

In this narrow area, which until now had factories, wasteland and warehouses – but minimal residential real estate – one can now walk along the water’s edge along a landscaped promenade. Also, several new buildings emerged along the canal, some with thousands of square metres of office space, new green areas and public amenities, others with a mix of social housing and artist lofts. The goal set by the city council: to create a middle-class city on the outskirts of Paris, using the banks of the Ourcq to develop a leisure offer, bars and attract city dwellers. Because the backbone of Pantin’s conversion is the canal: an ancient city scar that has now become a vibrant landmark.

In 1997, to enhance and protect its heritage, the commune of Seine-Saint-Denis established a list of 486 buildings known as “remarkable heritage sites”. Today, one can’t keep up with the number of rehabilitation projects. Developer Alios and architectural firm ECDM, to name but one, have designed a mixed project to give a second life to the former industrial site of Les Halles Pouchard. The surface of 100,000 m² will have a hotel, greenhouses, offices, and business premises while preserving part of the large industrial structures that run along the canal. The construction project is just beginning, but the city council is already focused on the second plan of urban renewal that will benefit the neighbourhood Villette Quatre-Chemins, formerly known for its substandard housing and its drug problems. Having succeeded in buying a plot of land from the SNCF, it will start the construction of an eco-district. With the slogan: “Making you want to come and stay”.