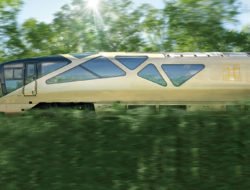 They are less noticeable than the “runners”, these trendy runners, but the walkers in the cities are more and more numerous. In Brussels, whether you love or hate pedestrians, walking is the most used mode of transport. The percentage even exceeds 56%. This makes it the leading mode of travel, with respect to the car, since it occupies 50% of the public space. What if it was time for major metropolises to finally favour pedestrians? To focus on the best urban planning projects for walkers.

Following on from Geneva, Switzerland, and its pioneering “pedestrian plan” set up in 1995, many cities have emphasised this kind of soft, ecological travel. London, Rotterdam, Vienna and New York have been trying for several years to develop their pedestrian appeal. For example, in the up-and-coming neighbourhood of Hell’s Kitchen in southwestern Manhattan, New York City has opened the High Line, a linear, suspended park on a disused portion (2.3 km) of the old railway The Lower West Side. Becoming a popular tourist spot (5 million visitors per year), this green flow has enabled a significant economic expansion of the neighbourhoods it crosses, promoting the construction of dozens of businesses and real estate projects near the suspended park, with more than $2 billion in economic spin-offs.

In Sao Paulo, the largest city in Brazil with eleven million inhabitants, the Minhocão – a veritable highway overlooking the city centre (3.5 kilometres in length) – has become the meeting place for Sunday joggers, skaters, artists and young cooing students. Since 2015, this stretch of bitumen has been completely closed to cars. City dwellers are reclaiming their rights over a city long disfigured by road infrastructures. Like the High Line in New York, this aerial “beltway” could soon be transformed into a suspended park.

France is no exception. In 2011, Nantes pedestrianised two squares and a dozen streets. Montpellier boasts of having increased its pedestrian areas “by 16 hectares” between 2011 and 2013, including by “decarbonizing” whole avenues. The same in Nice, where the avenue Jean-Médecin has been redesigned for a nearly one kilometre walkway. Bordeaux even offers, one Sunday a month, a city centre totally prohibited to cars. While the City of Paris voted unanimously on 30 January for the “pedestrian strategy” proposed by the Socialist Mayor Anne Hidalgo. With an overall budget of 90 million euros, Paris plans to create new vegetated areas, to expand its pavements, rearrange the central medians of boulevards into fitness paths, etc. The goal is known: to reduce even further after the pedestrianisation of the bankside roads and, by 2020, the place of the car in the capital. So, who is the “sleeping beauty” in the story?