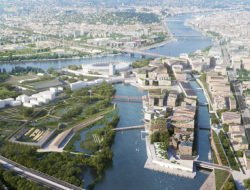 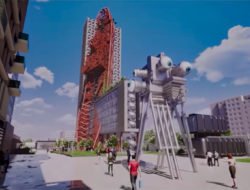 The highest tower in Prague will be a post-apocalyptic... 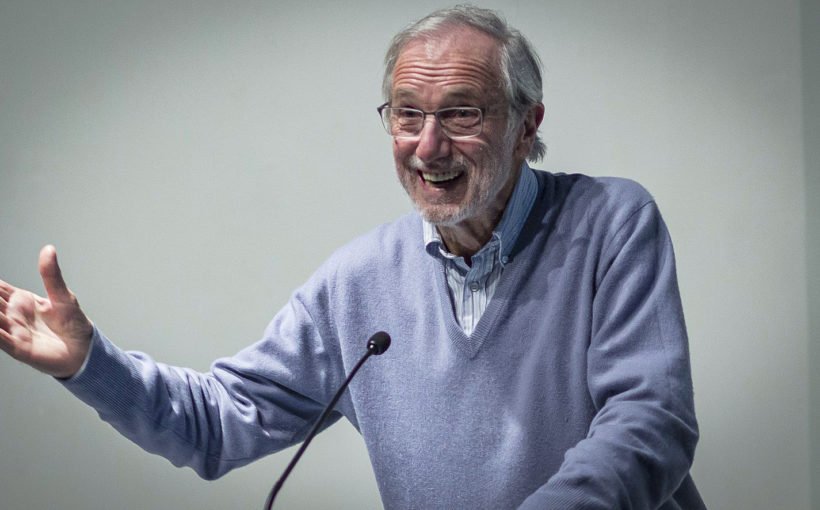 At 82, the Italian architect accumulates projects all over the world. From Genoa where he was born to Paris where he lives, in Osaka (Kansai international Airport), New York (Times building), London (The Shard culminating at 306m high): time for a closer look at the career of this Italian giant, winner of the Pritzker Prize 1998.

He made a name for himself with the Centre Pompidou. He won the Pritzker Prize, the “Nobel” in architecture, for his entire work. And at 82, he’s not about to stop. The tireless creator Renzo Piano is present on all fronts: in Monaco, he designs a new beachfront (the Larvotto) with a total renovation of the beaches, a restructuring of the promenades and commercial surfaces. In Athens, he designed the new National Opera of Greece: a major architectural gesture for the Greek capital, with its huge roof covered with solar panels and its new theatre of 1,400 seats, whose acoustics has been the subject of extensive studies in order to make it “the finest possible” according to the will of Renzo Piano, himself a great music lover. This year, he also inaugurated the Academy Museum of Motion Pictures, the first museum of the 7th art in Los Angeles. With its gigantic glass sphere, floating above the ground, a cinema with 1,000 seats and more than 3,600 m2 of galleries and exhibition halls, the Academy Museum must embody “the magic of films”. And, most importantly, the boldness of Renzo Piano.

Renzo Piano was born in 1937, in Genoa, in the oldest historical centre of Europe. He redeveloped the port. The spirit of his native city, the city of the Renaissance, never left him. In an exhibition entitled “The Piano Method”, he will say this: “In Genoa, where I was born, everything floats: the ships on the water, but also the cranes in the sky. Fighting the force of gravity is a crazy challenge!“. Paris followed in 1974, when the Centre Georges-Pompidou caused a scandal; Basel, in the hushed, chic and tasteful refinement of the Fondation Beyeler; Osaka, for the technical and architectural prowess of Kansai Airport, placed on the waves like a water lily; New York, with the Morgan Library, The New York Times Building and the Whitney Museum. Renzo Piano’s imprint is international. But Paris remains his capital. In 1981, he created his agency, Renzo Piano Building Workshop (RPBW), not far from the Centre Pompidou, of which he was the prime contractor and whose facelift he is now supervising. It is also in Paris that he has just signed one of his latest achievements, namely the Tribunal de grande instance of Paris. A bright glass liner that soars 160 metres high (half of the Eiffel Tower) and weighs about 200,000 tons. Inaugurated in April 2019, the work is part of the “extremely complex buildings” made by Renzo Piano that sublimate light, “this wonderful material” that he loves just as much as music. When it opened, he pronounced these few words that channel almost his entire philosophy: “When a building takes height, it must leave space on the ground. A way to give back to the city the land it occupies, and more.”

Today, his agency also has a foothold in New York and his hometown of Genoa, where Renzo Piano will soon inaugurate the bridge that will replace the Morandi. A portion of about 1.2 kilometres of this viaduct spanning the port city had collapsed on 14 August 2018, killing 43 people. The new motorway viaduct, designed “as a courtesy” by Renzo Piano, will have 18 concrete piers and 19 steel spans for a length of 1070 m. It “will look like a large white boat hull on which the light will play, it is made to last a thousand years,” says Renzo Piano. He is now working on his next major project: The Science Portal, designed for CERN, which houses the world’s largest particle accelerator (LHC). This centre, dedicated to the popularisation of science, will house exhibitions on matter or particle physics, but also laboratories for schools. Renowned for his humanism, Renzo Piano did not choose this project at random: “The architect cannot change the world, only materialise its changes, he explains. I prefer to do public projects, because they make the city. Places of acquaintance make people more curious and the city better. “Città = Civiltà “(city = civilisation).” Doors opening in 2022.