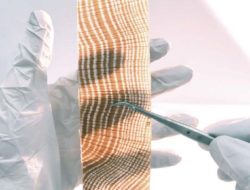 A transparent wood that could revolutionise building 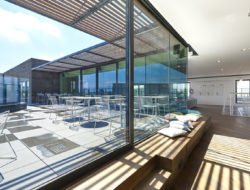 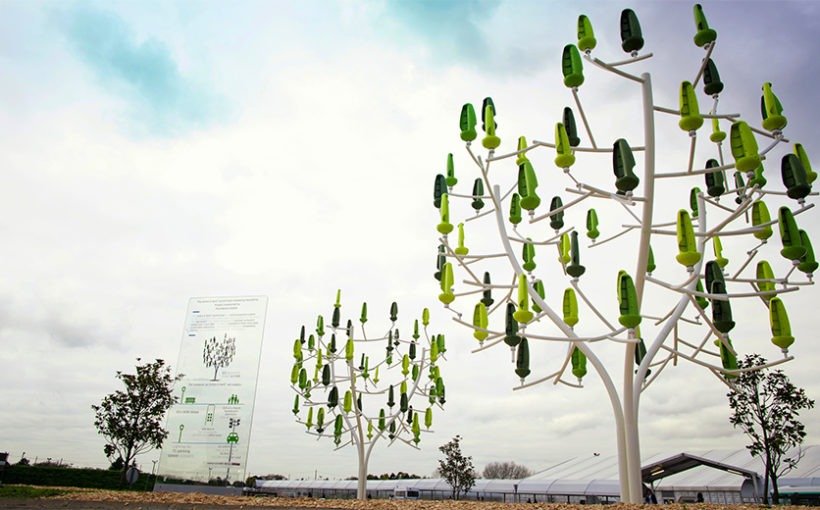 It measures between 8 and 12 metres in height, its trunk is in steel, its leaves in green plastic and, despite its metal bark, it could soon be flourishing here. But beneath its air of post-modern sculpture, the “Aeroleaf”conceals a marvellous design: it transforms every breath of air into green energy. Without emitting a sound or a vibration.

How it works is simple: each of its leaves has a generator. As soon as the wind starts blowing, they start to turn and to produce electricity. “It is the accumulation of the rotations of the 60 leaves that creates the power, explains Jérôme Michaud-Larivière, boss of the company NewWind, which markets these structures. These mini-turbines start turning as soon as the wind speed reaches 2 metres/second compared to 4 metres/second for classic wind turbines.”

Designed for the city, where the resource, wind, is less predictable and less regular than in the sea or on the plains, the Aeroleaf proves effective above all for exploiting these small “deposits” considered problematic, these air currents that circulate in the city along buildings, pavements and streets.

Placed at the base of a building, in a square or at the corner of a road, this urban wind turbine would be capable of generating between 2.5 and 3.5 kW of electricity. Enough to supply twenty LED street lights, a car charging station and meet more than 80% of the electricity consumption of a four-person household – not including heating – or an office of 100 m².

The company plans to start producing wind trees on a large scale in 2017. But their high price – 49,500 Euro per unit – earmarks them initially for the private market. “At the moment, we are only selling the Aeroleaf to big companies and public authorities. Around 35 French, Swiss and German district councils have already placed orders for the end of the year, reveals Hélène Bédon-Rouanet, spokewoman of NewWind. We also have a lot of requests in Belgium. But we are waiting to obtain all the certifications before offering the Aeroleaf, at a more affordable price, to private individuals.”

Not hanging around, the company has completed the prototype of a new, more compact “Aeroleaf”, presented in the form of a modular branch. “Placed on roofs, these mini-turbines will be more exposed to the winds and therefore even more efficient” promises their inventor, who also foresees “kits on roads to recovery the energy produced by moving cars”.