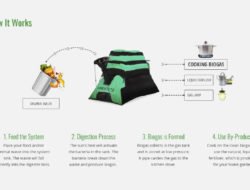 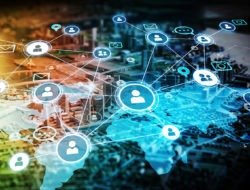 The Swedish architecture firm Plantagon has developed an office tower coupled with a vertical farm. Called the World Food Building, the project is being built in the Swedish town of Linköping and is expected to be completed in 2020.

In a few years, 80% of the population will live in cities, and because of the lack of land, farming in an urban environment will become mandatory. Most cities are aware of this and are working on different scenarios to have sufficient food for their future inhabitants. A Swedish ‘agritecture’ firm called Plantagon has decided to take concrete action. For years, it has been planning to build so-called plantscrapers – office towers with vertical farms on the sidewalls. Determined to prove the efficiency of its concept, Plantagon is now building its very first plantscraper in Linköping, the fifth largest city in Sweden which has 154,000 inhabitants. With a scheduled delivery in two years’ time.

Called The World Food Building, the tower will operate based on hydroponics, which means that the vegetables (mainly green vegetables) grow without soil in a water-based solution enriched with nutrients. “The crops will grow using both natural light and LEDs. Except that the LEDS will be calibrated to specific frequencies of light to maximise production,” says Hans Hassle, CEO of Plantagon. Most of the maintenance tasks will be carried out by robots to reduce operational costs.

The tower will produce approximately 550 tonnes of vegetables per year. Enough to feed approximately 5,500 people each year. Thanks to this greenhouse, “we will be able to produce fresh and organic products each day and sell them directly to the consumer on the spot,” says Hassle. “Compared to an outdoor farm of the same size, the plantscraper will produce more food while using less land and water… And this, at a much lower price, because in general, 70 % of the price of vegetables is due to transport and storage.”

According to his projections, the tower will also save a total of 1,100 tonnes of CO2 emissions and 13 million litres of water per year. Designed to be fully circular, the World Food Building will draw heat and energy from a waste and biogas incineration plant located in the vicinity. As to the waste produced by the farm, it will in turn be sent to the biogas plant for composting. The cost of this facility is $40 million (32.4 million euros), which is much more than a normal greenhouse, but the investment would quickly pay for itself because “for a ground surface area of 10,000 m2, a vertical greenhouse is equivalent to a cultivated area of 100,000m2” thanks to the elevation system of the crops.