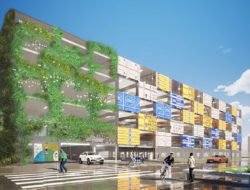 Spain: imagine a home… without a house

Berlin: the pharaonic project of the former Tegel airport

The German capital is preparing to launch its largest urban project since the fall of the Wall in 1989. This massive mixed-use project (housing, offices, technology park, nature reserve) will require between 20 and 30 years of work.

Tegel airport has been closed since 2020. It had been commissioned in 1948, in the midst of the Cold War. In all large cities, airport redevelopment is a problematic and contested exercise because the volume of building land makes the stakes particularly high.

The construction of new housing is crucial in Berlin, where the majority of the inhabitants are now tenants. The first calls for projects also relate to how the site will serve the city, which has today become a mixture of peaceful urban districts, quirky and nocturnal places and a nest of flourishing start-ups.

Between 20 and 30 years of construction 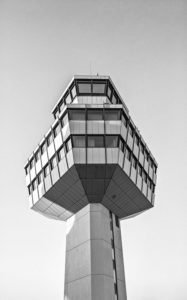 The project provides car-free zones, housing for more than 10,000 residents, offices that can accommodate 20,000 employees. In addition, almost half of the space will be reserved for a nature reserve, and rainwater will be conserved as part of its sustainable concept. The entire project is estimated at 8 billion euros, which will come from both public and private funds.

The site, which will also house a state-of-the-art technological park, will be built according to the so-called “sponge city” model. The purpose of this model is to retain rainwater. During the warmer months it evaporates and cools the neighborhood, while in the winter it slowly seeps into the groundwater. This thus reduces drainage costs and supports biodiversity. The materials used for construction must of course be environmentally friendly. The excess energy from the technology park will be used to heat residential areas. Rainwater will be collected and then redistributed to maintain the nature reserve and other landscaped areas.

Mobility, inherent in the project, will rely on public transport – first electric buses until a tram is built after the delivery of the first homes in 2027 – and cycle paths, including expressways. Private cars will be largely prohibited in the area.

As we have seen, this ambitious urban project (it will cover 211-hectare!) could still undergo numerous modifications.